Darth Maul and His Lightsabers

I was not a fan of Star Wars, but one of my friends was. And he was crazy about everything related with Star Wars. On my birthday, he sent me action figures in that movie. At first, I was not happy about his gift, but suddenly I got interested in it after reading an article about DIY. And I thought I would even do better than the writer did.

So here came my DIY. First I would like to introduce all the material I used.

Gimlet (with drill bit diameter from 0.8mm to 3.0mm), wire (you could tell which type it was from the picture below), lightsabers, button battery and LEGO Darth Maul. 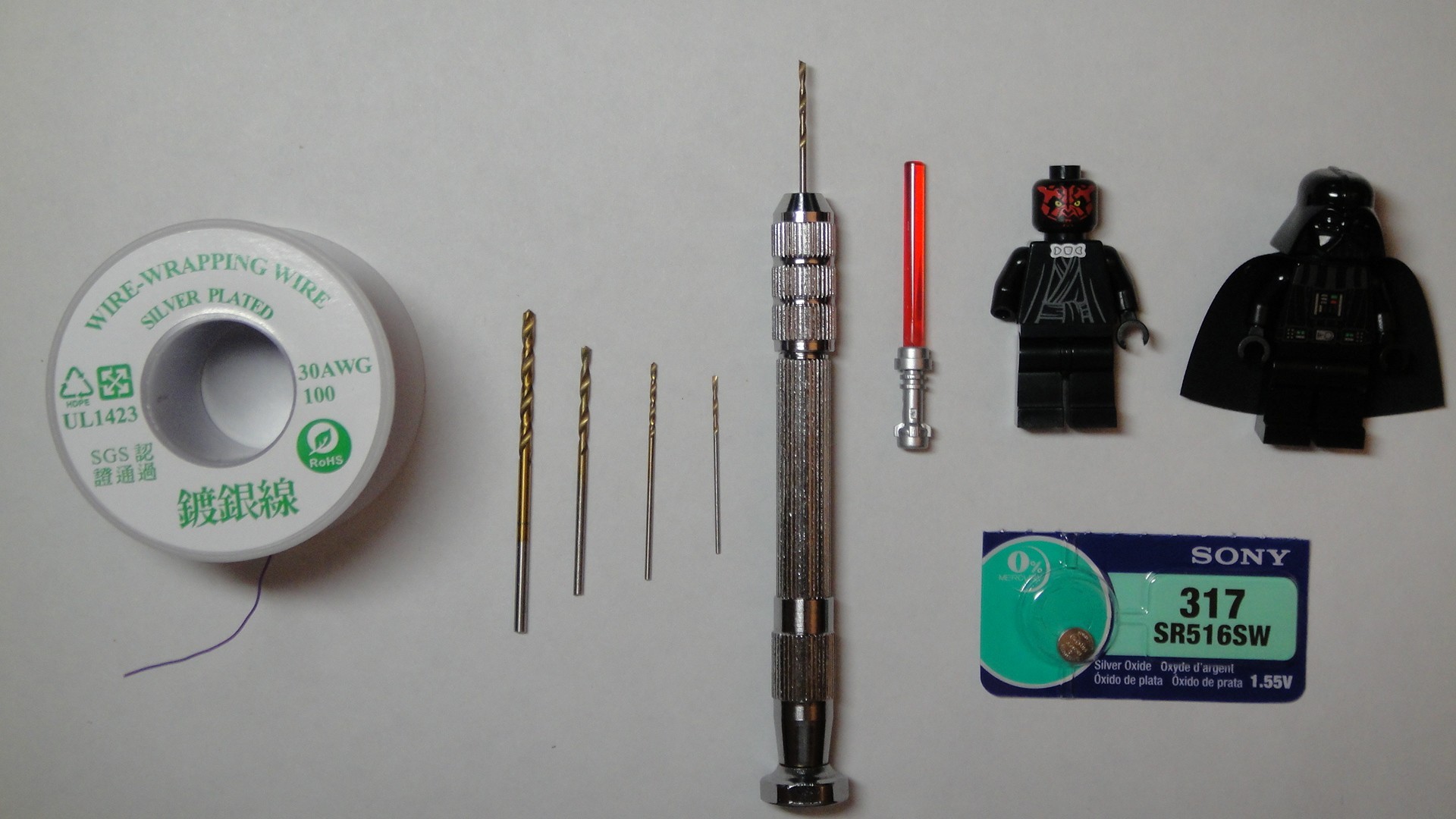 As you could see, those LED strips was tiny, even compared with coins. 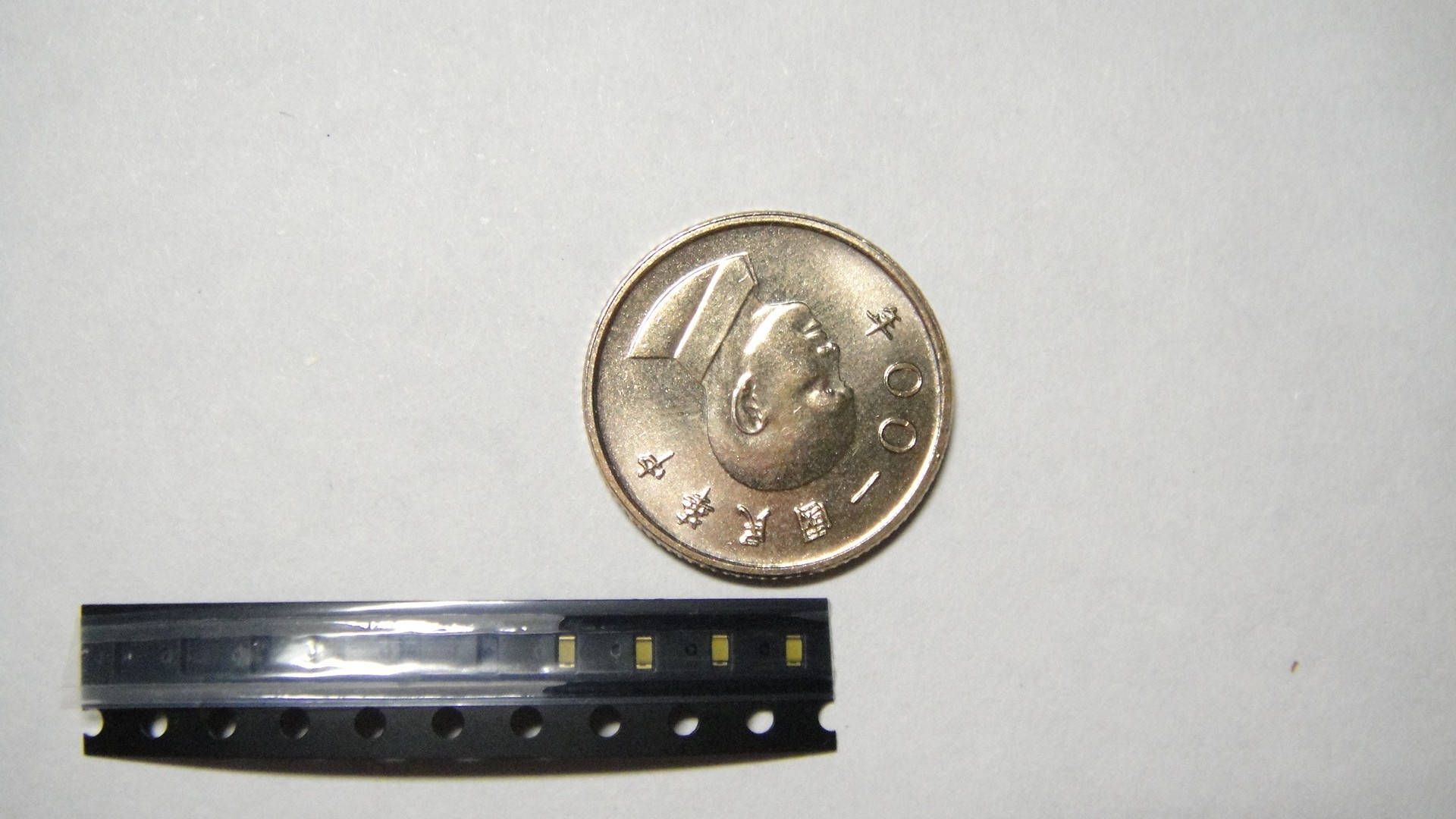 They were so small that I had already lost one when I unpacked them. The one I got was typed 0603 with white color. Compared with 0603, I thought maybe 0805 would be better, for the one I got was too tiny to handle. But it would not a problem for me, because I was an expert with great patience.

I would not deny that I was a perfectionist, a typical virgo. So you would see lightsaber as a perfect piece of work.

One of LEGO’s features was that wrist and deltoid was linked.

It was difficult and it needed your patience. Because the place where linked wrist and deltoid was slant, and drill bit was easily to fall apart. I suggest 0.08mm drill bit go first, when it drilled out a hole, you could use the 1.0mm one. So did the lightsaber hilt. 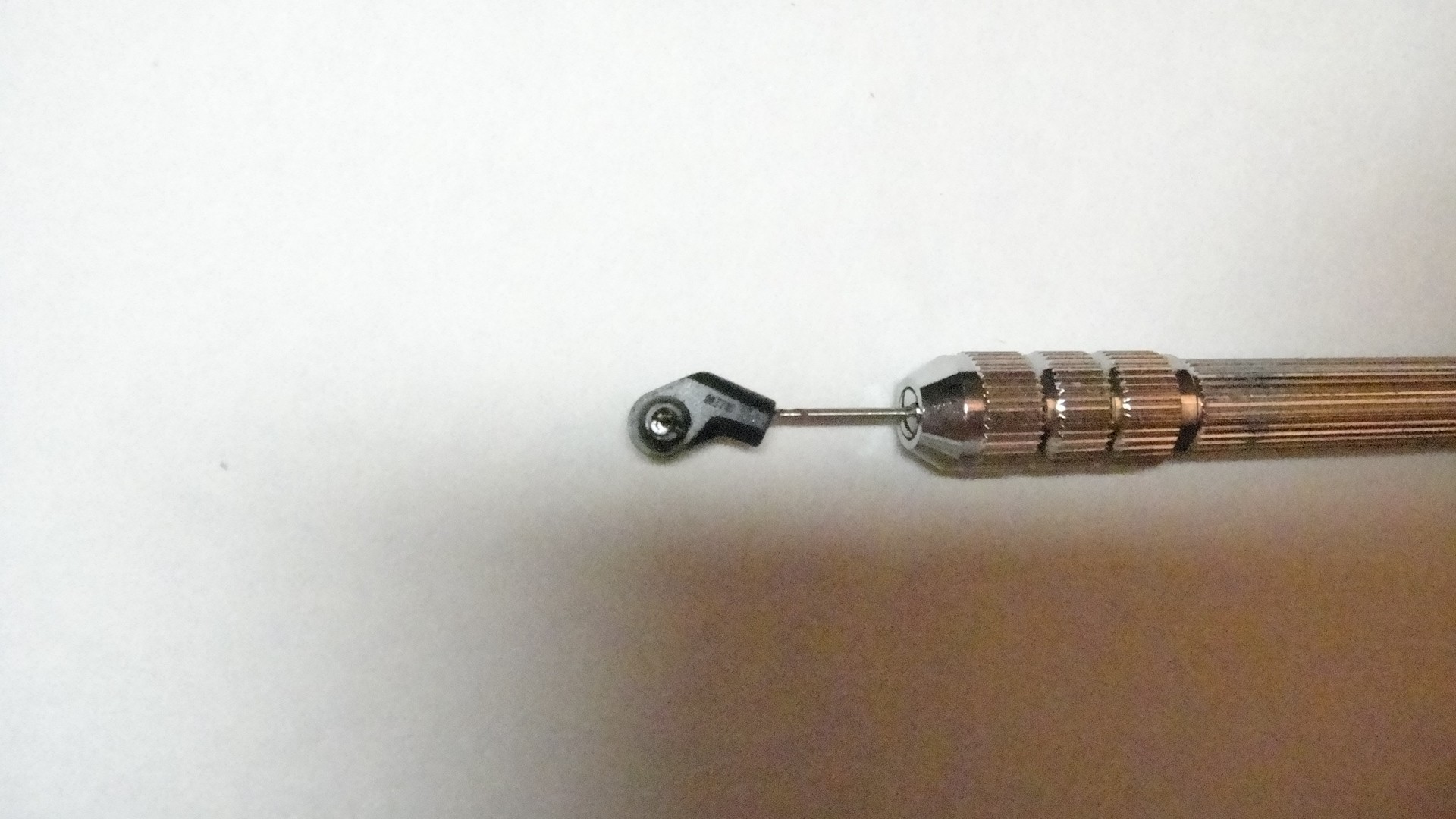 If you did as what I told you, there would not be any ugly hole.

In Star Wars, Darth Maul held a double-end lightsaber. A double one was much harder.

I decided put 2 LED strips in parallel. After trying a couple of times, finally there was one way could make it work: weld 2 LED with electrodes respectively, parallel connect 2 LED at the hole (in the palm), and then put those wires in the hole. 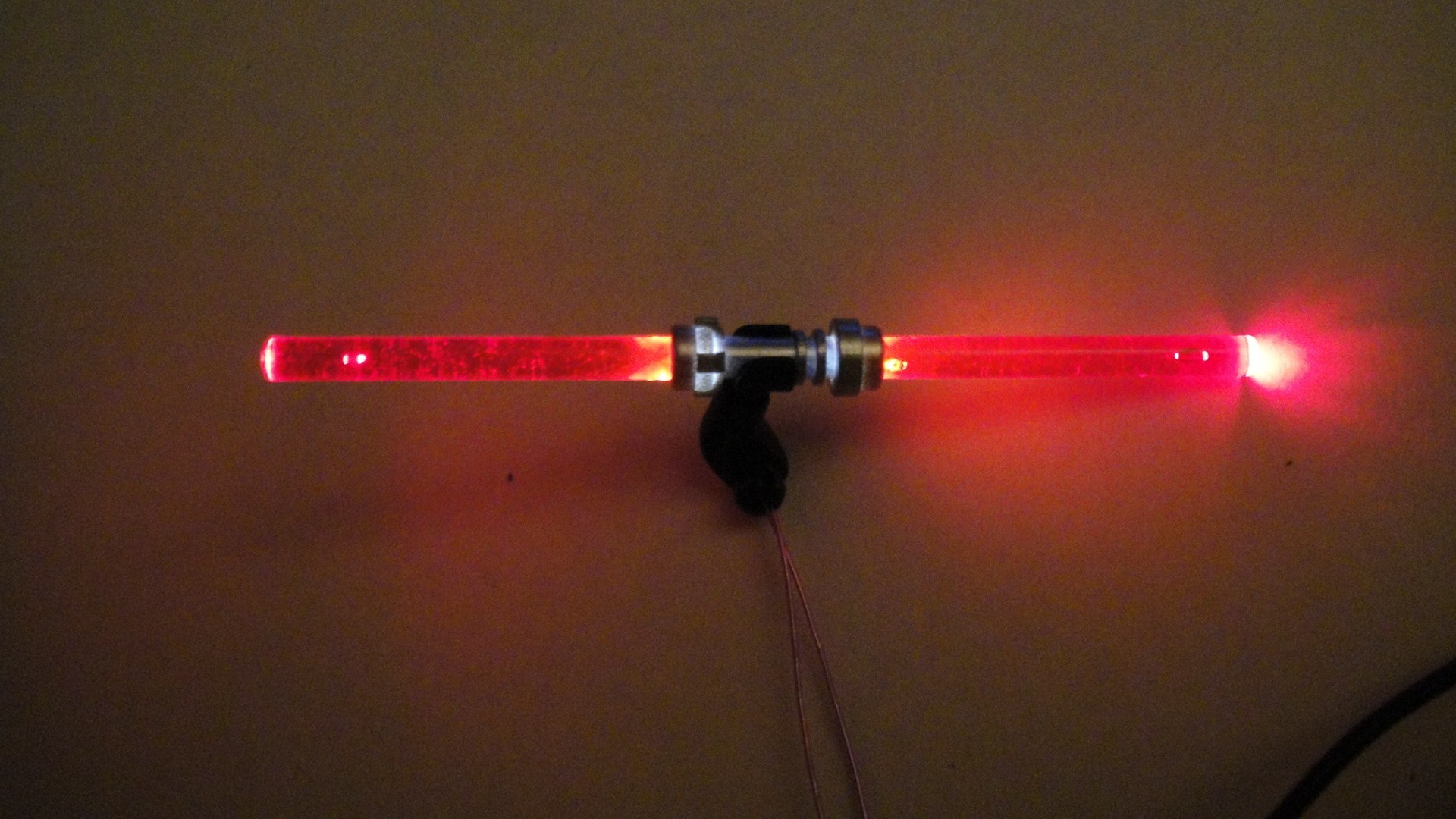 Till now the hand part was officially done, let’s come to the body part.

The length and width of 2 pieces of button batteries was perfect for the body. 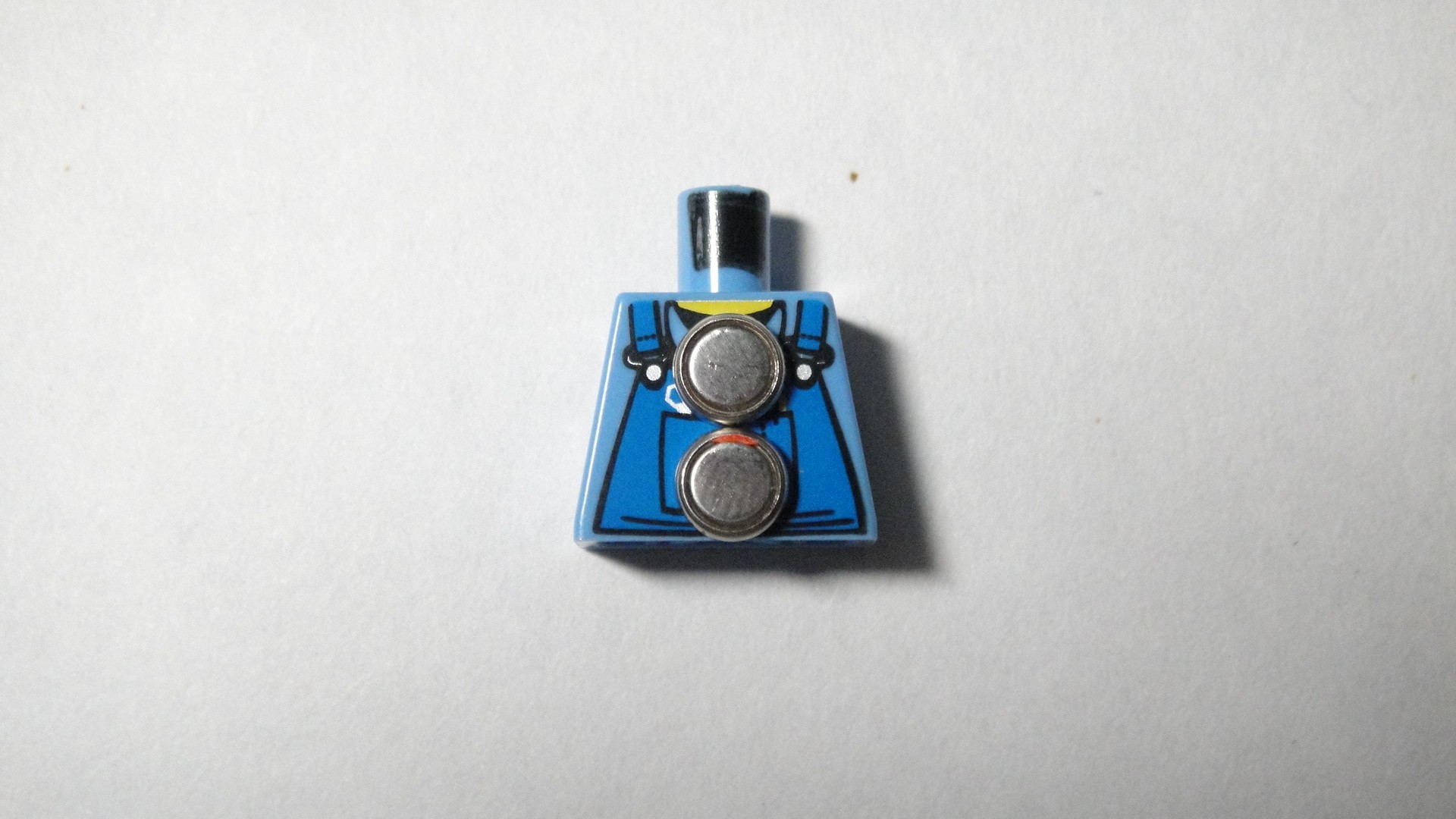 Because of the length and width, I had to series connect 2 batteries meanwhile they were placed in parallel. After I decided how to handle the batteries, there was another problem: I had to drill from the place where the neck and shoulder were connected to the top of the neck in order to get all the wires inside. 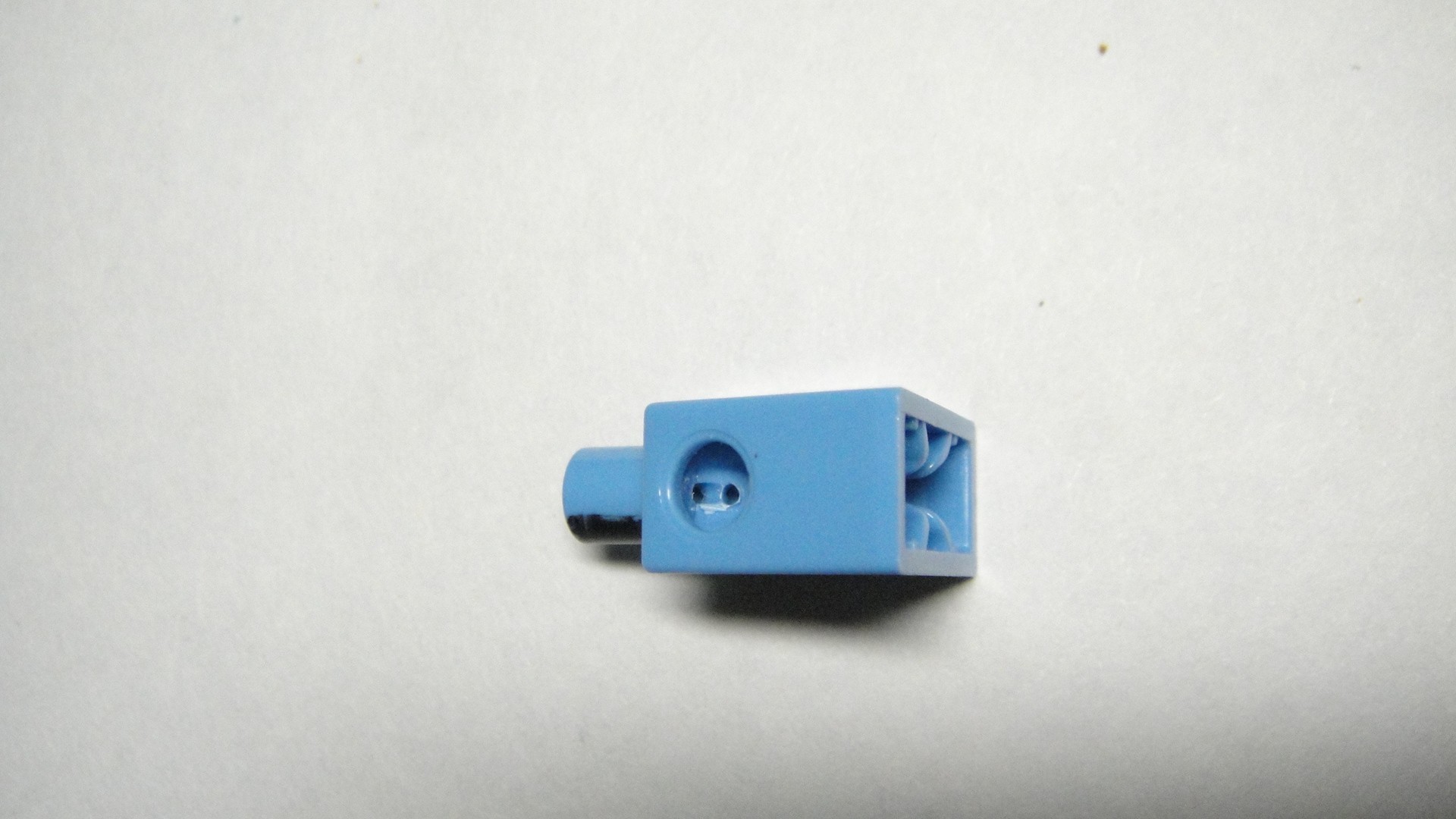 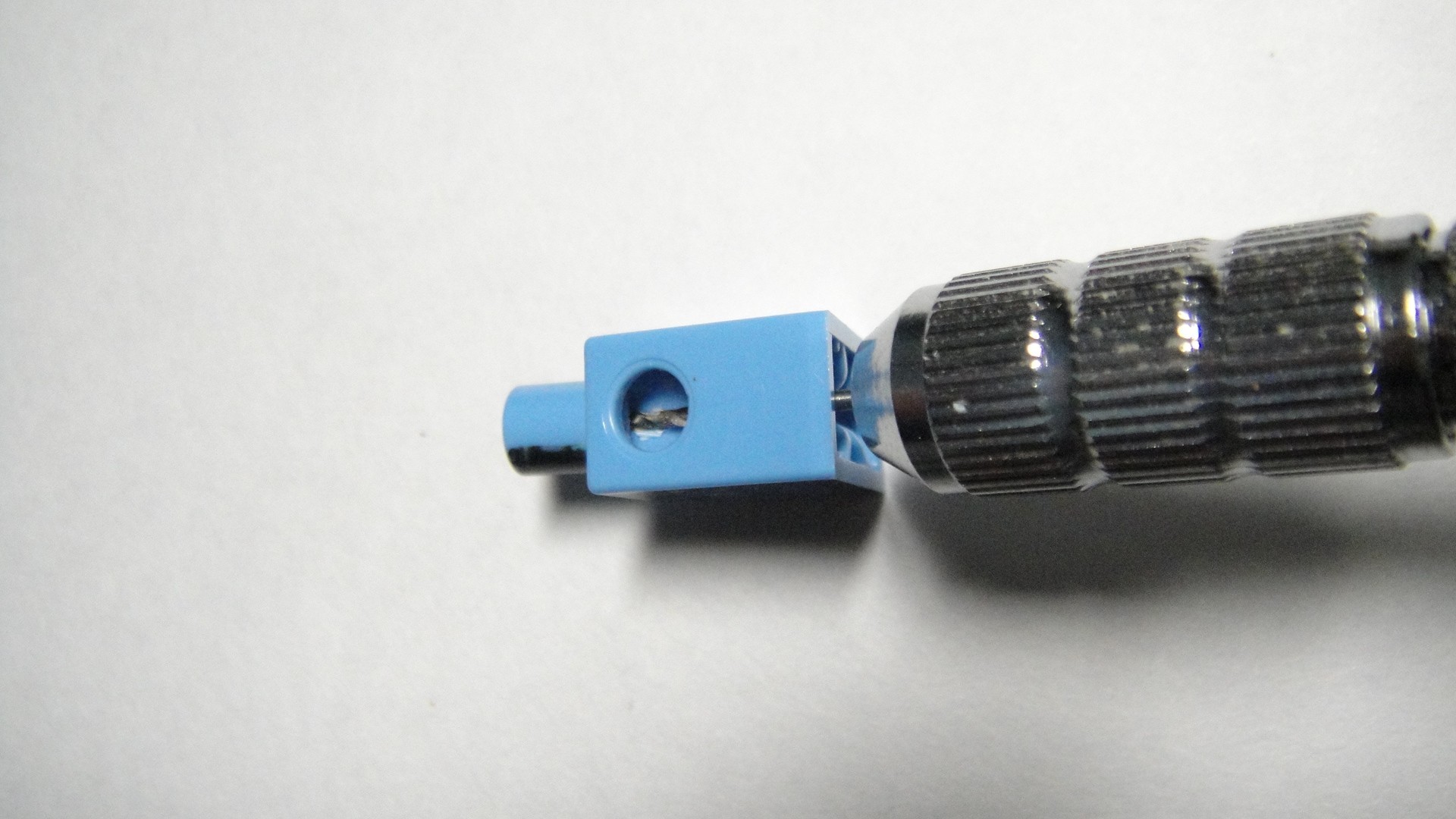 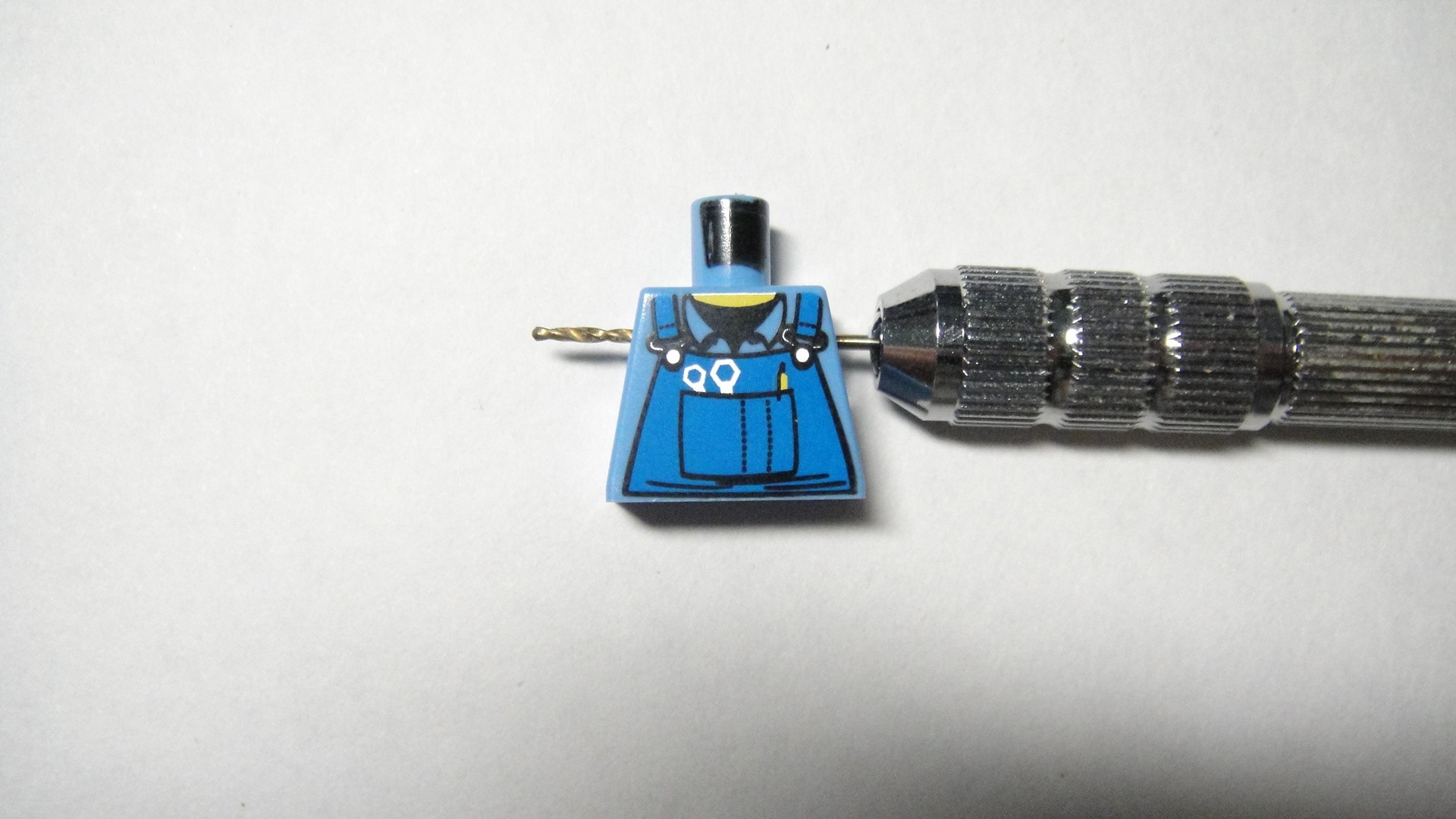 And then I decided to use buttery to cement wires. 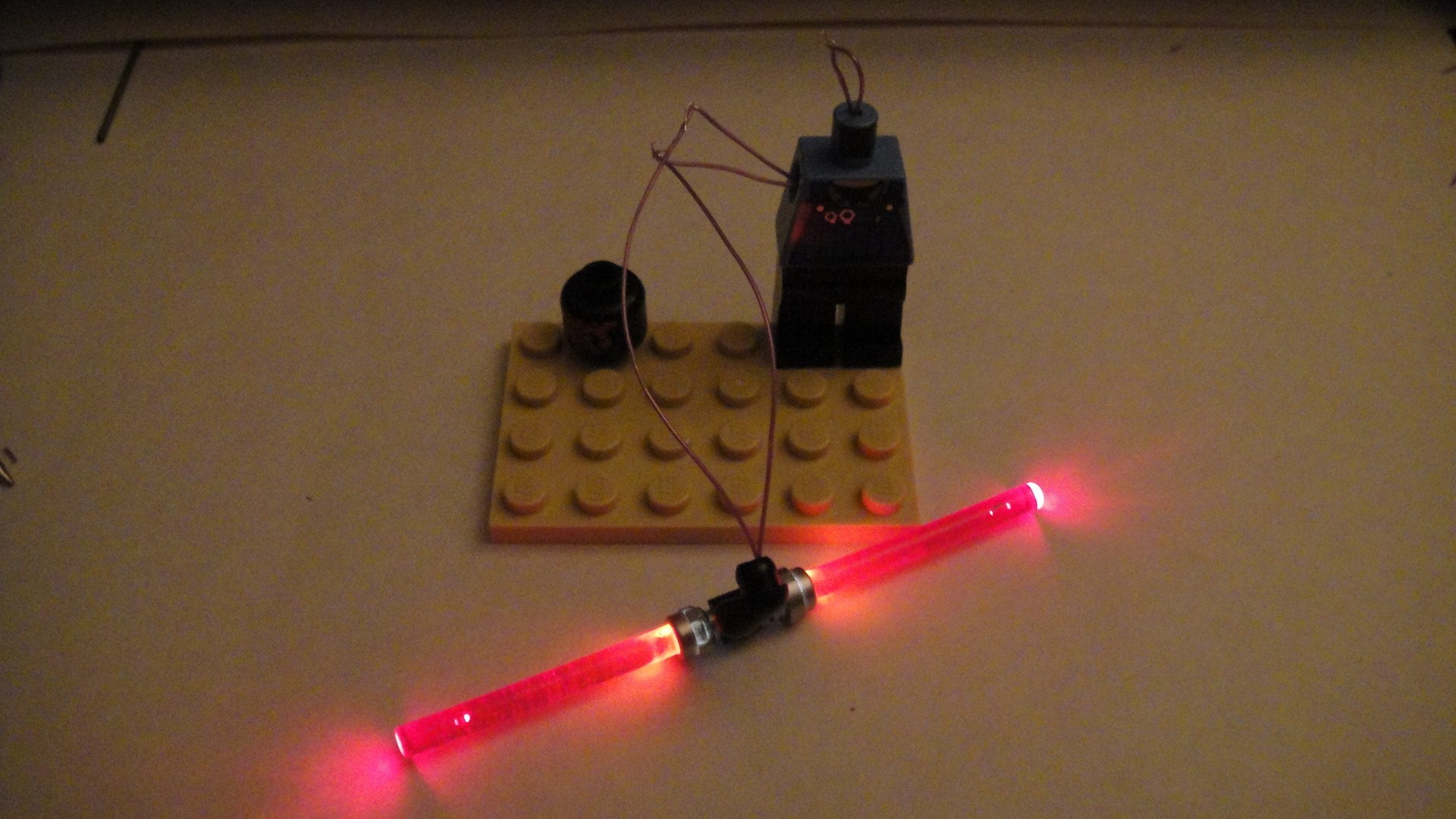 It sounded easy, but there was always a “but”, if any part did not work, it would need great effort to repair it, because those butteries and wires were all placed inside.

Where to place the switch was also a problem. I considered “neck” was the right place. But that also needed you to plug all those wires inside the neck.

After all the work I had done, I accomplished a master piece. There was nearly no external damage. It looked like an original piece. 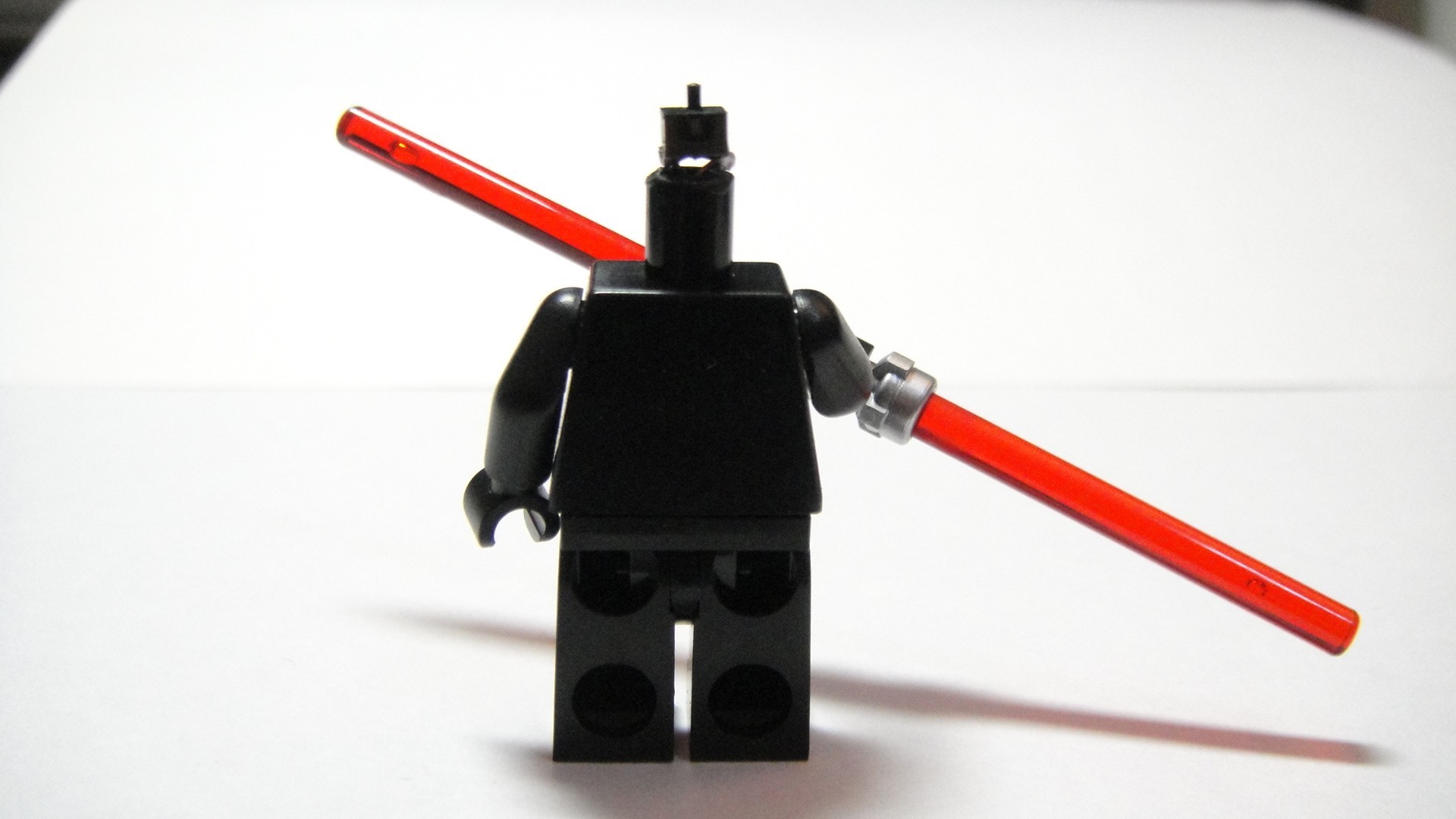 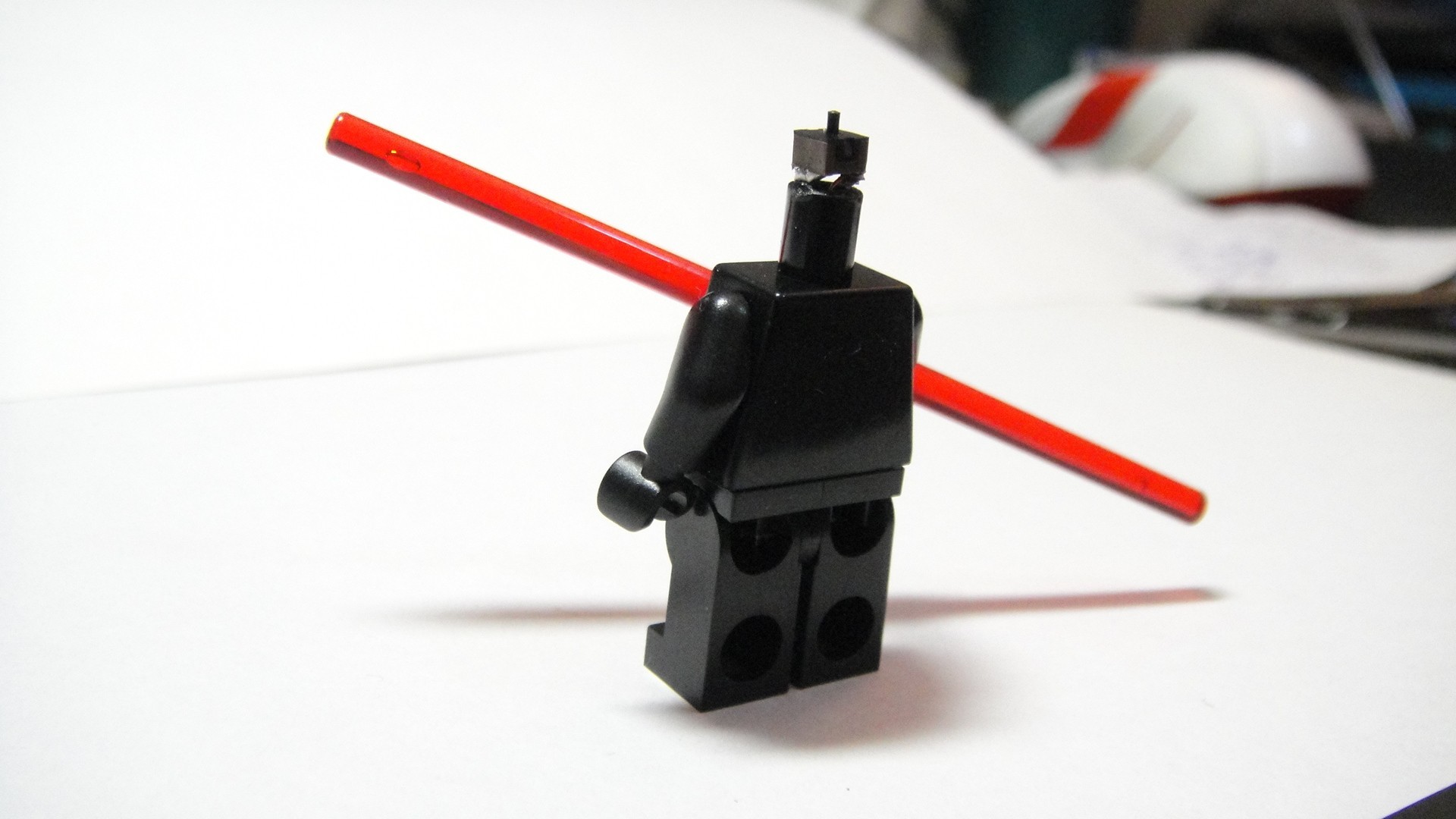 Viewed from the front 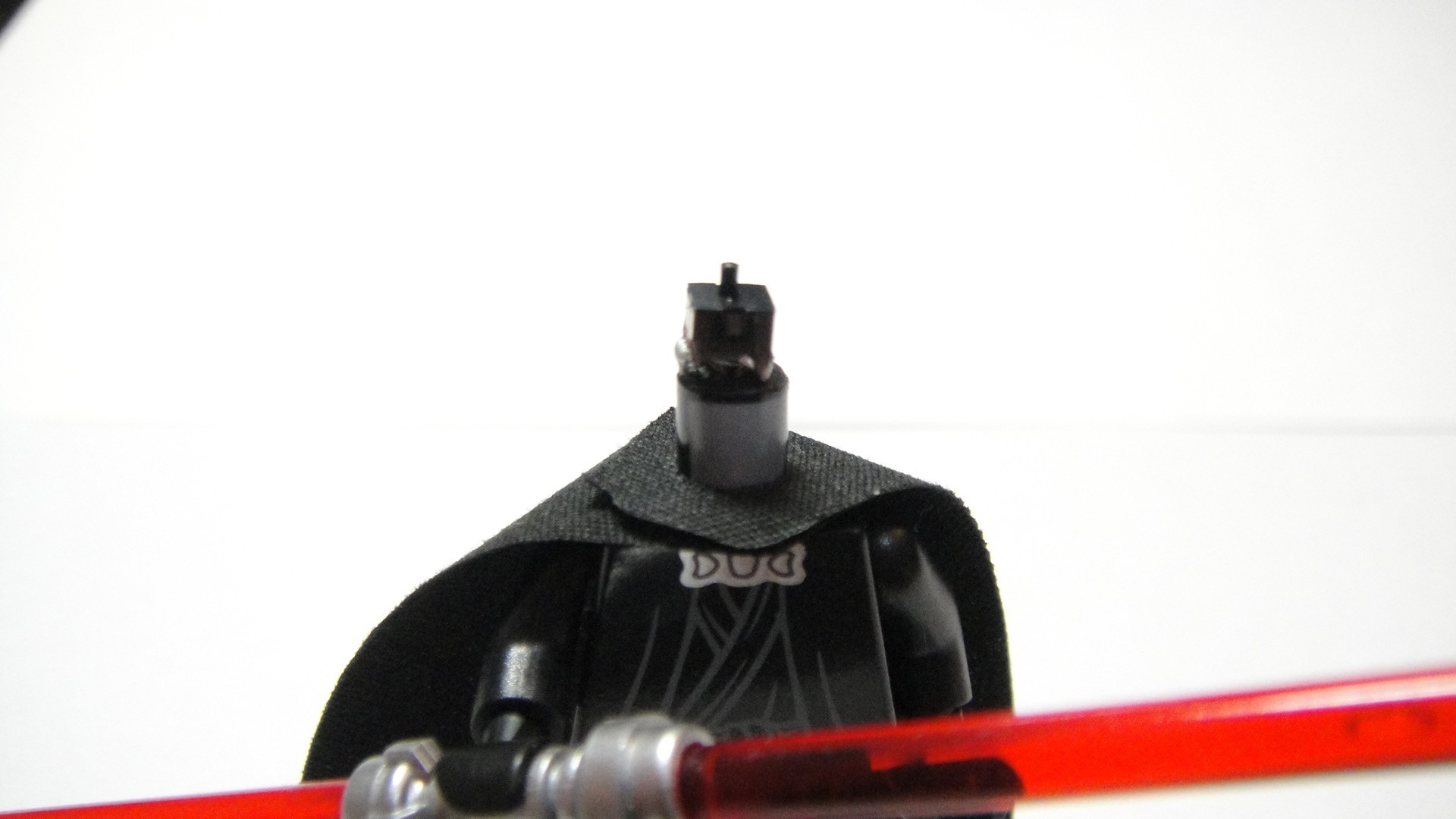 Put the head back. 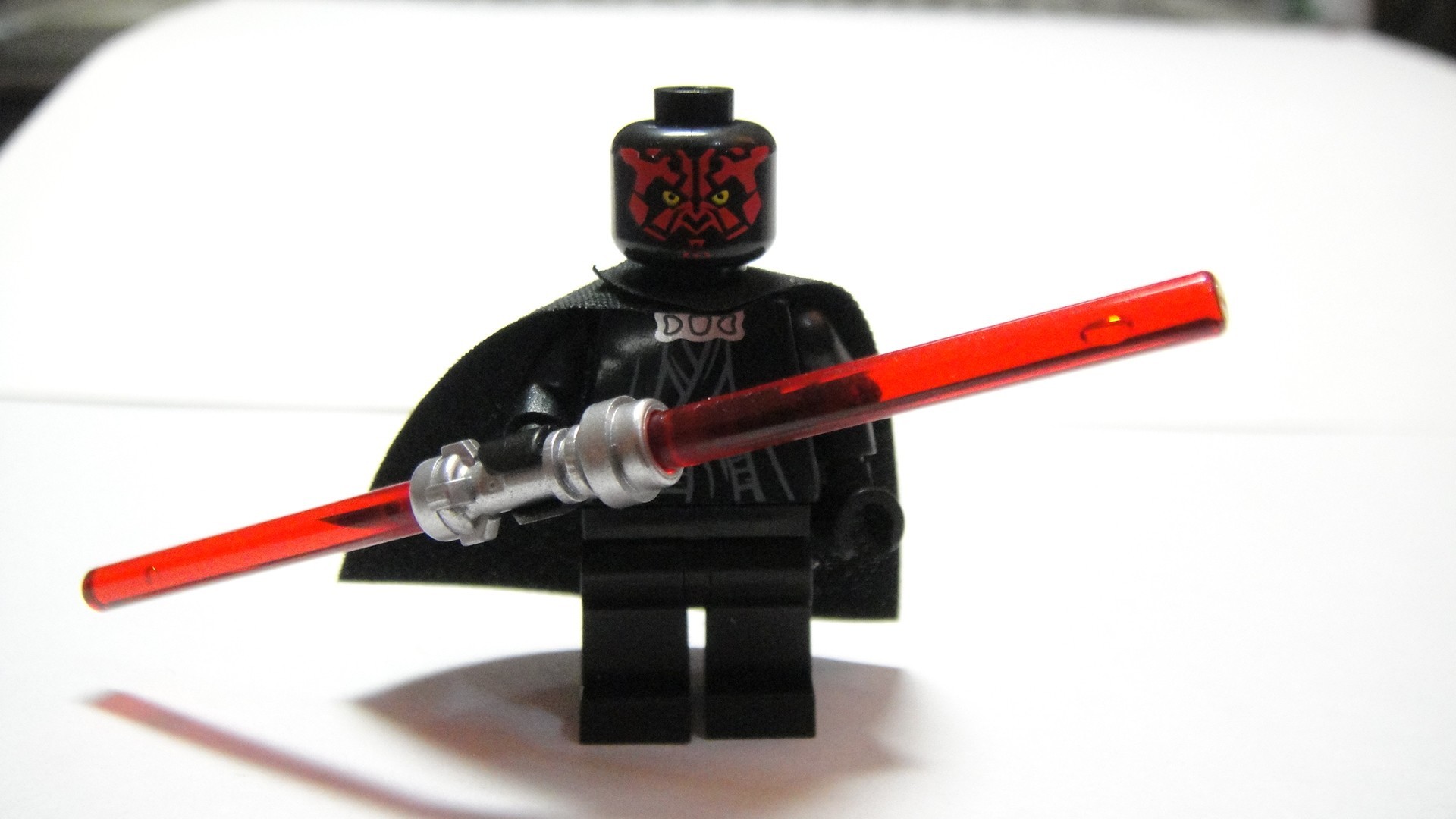 Viewed from the top, we could see the switch. 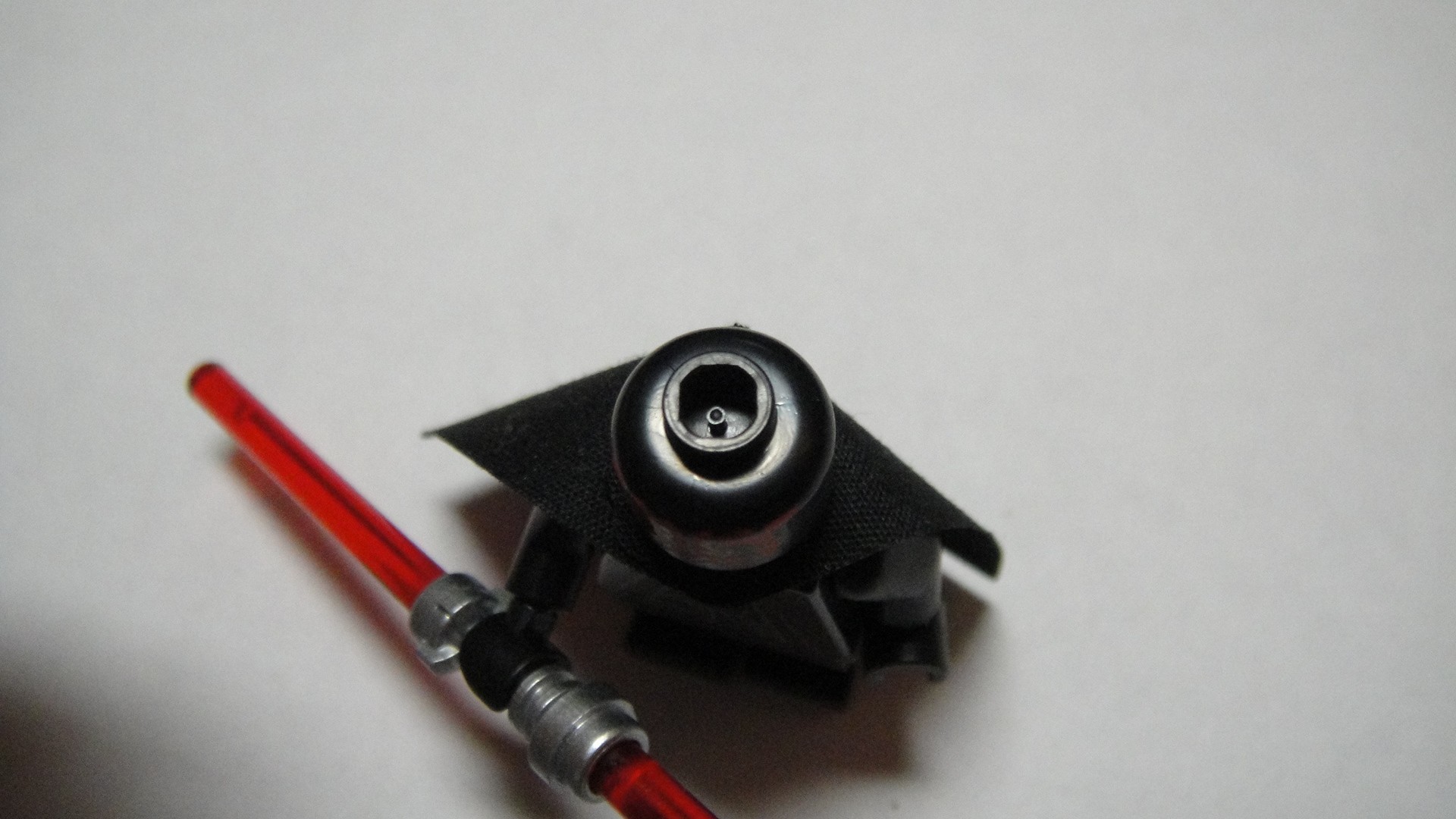 Put the cloak back on, and we could see the powerful Darth Maul with his lightsaber. 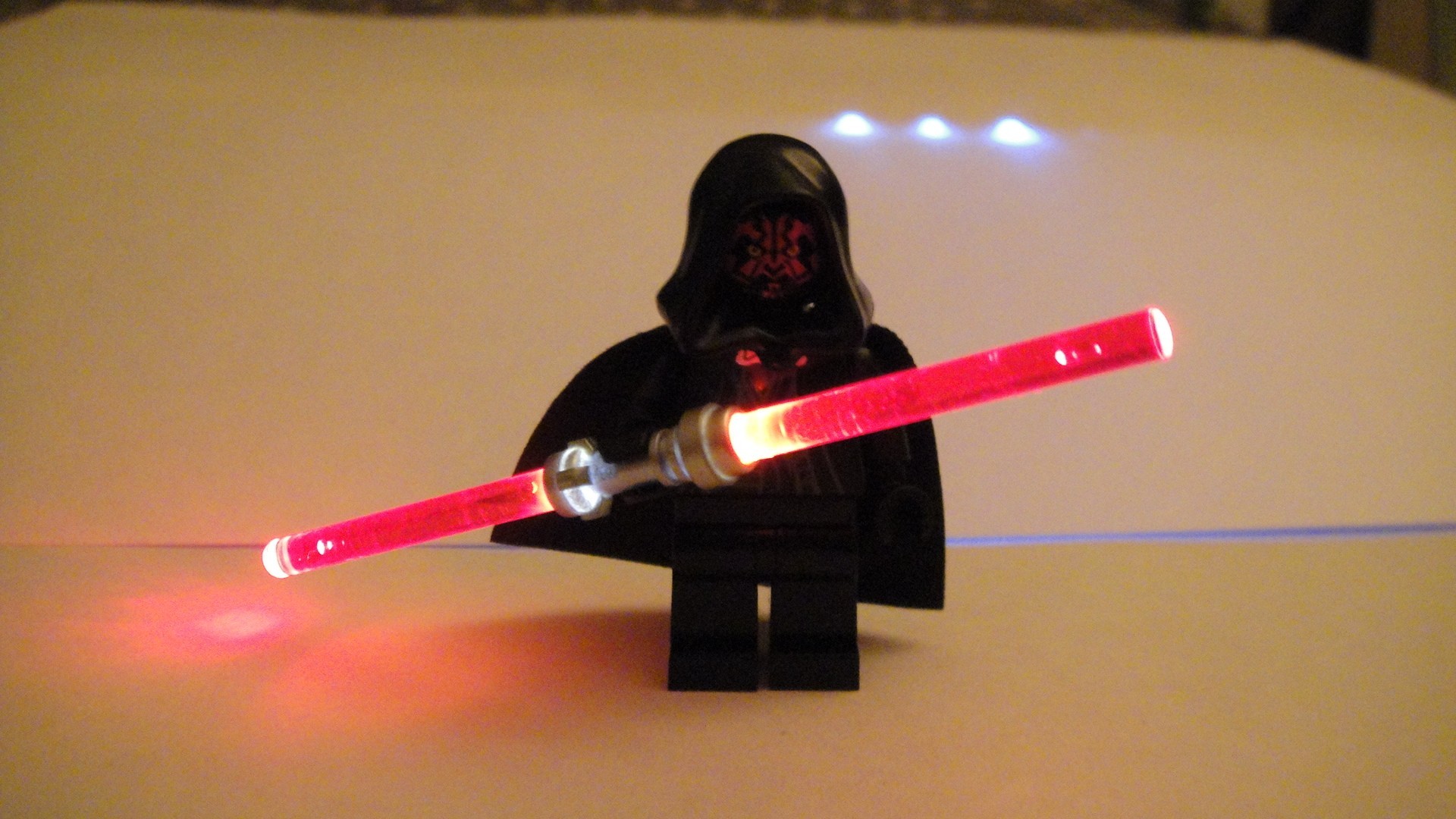 This was my favorite pose, so cool, just like the character in movie. 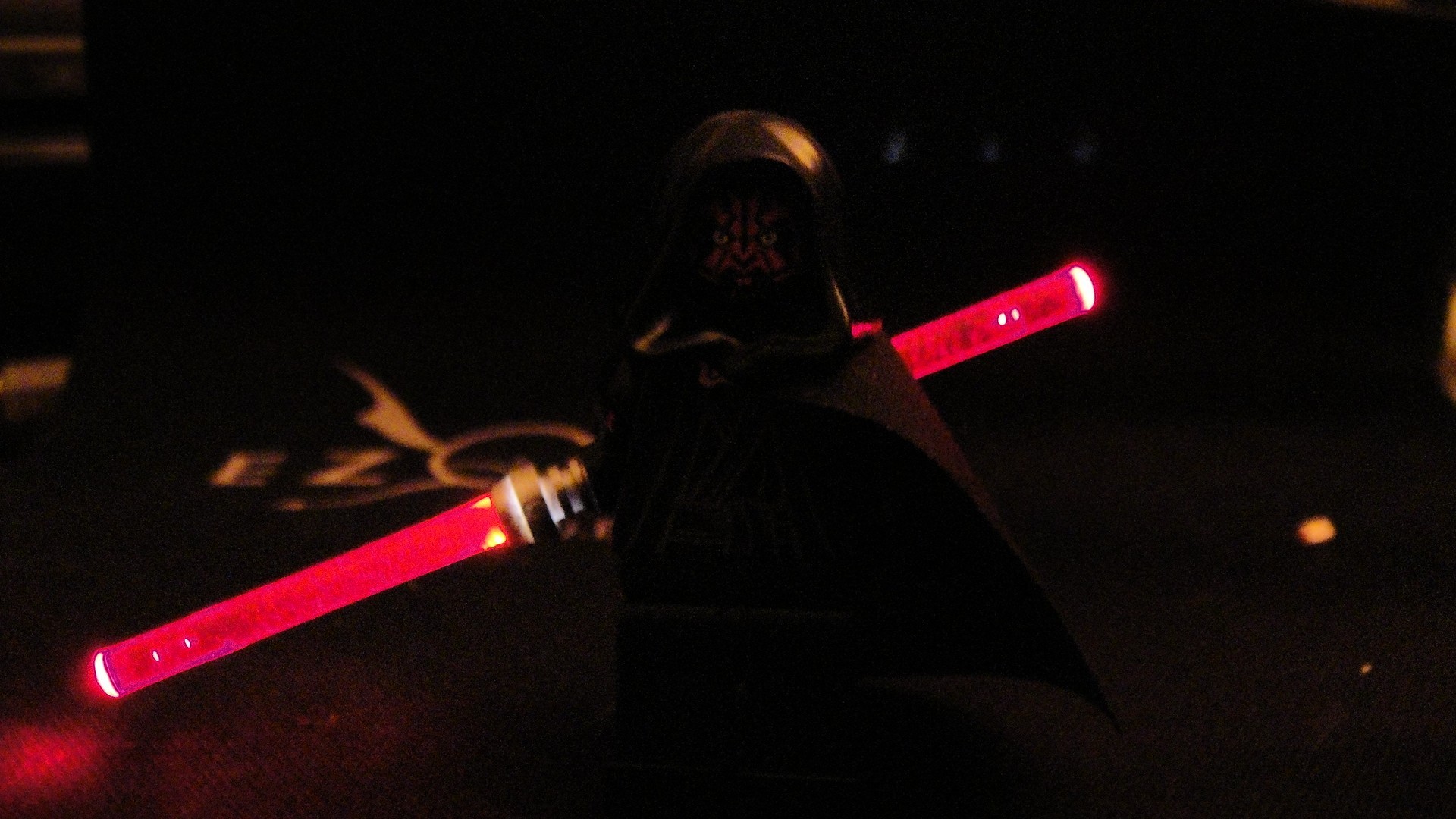 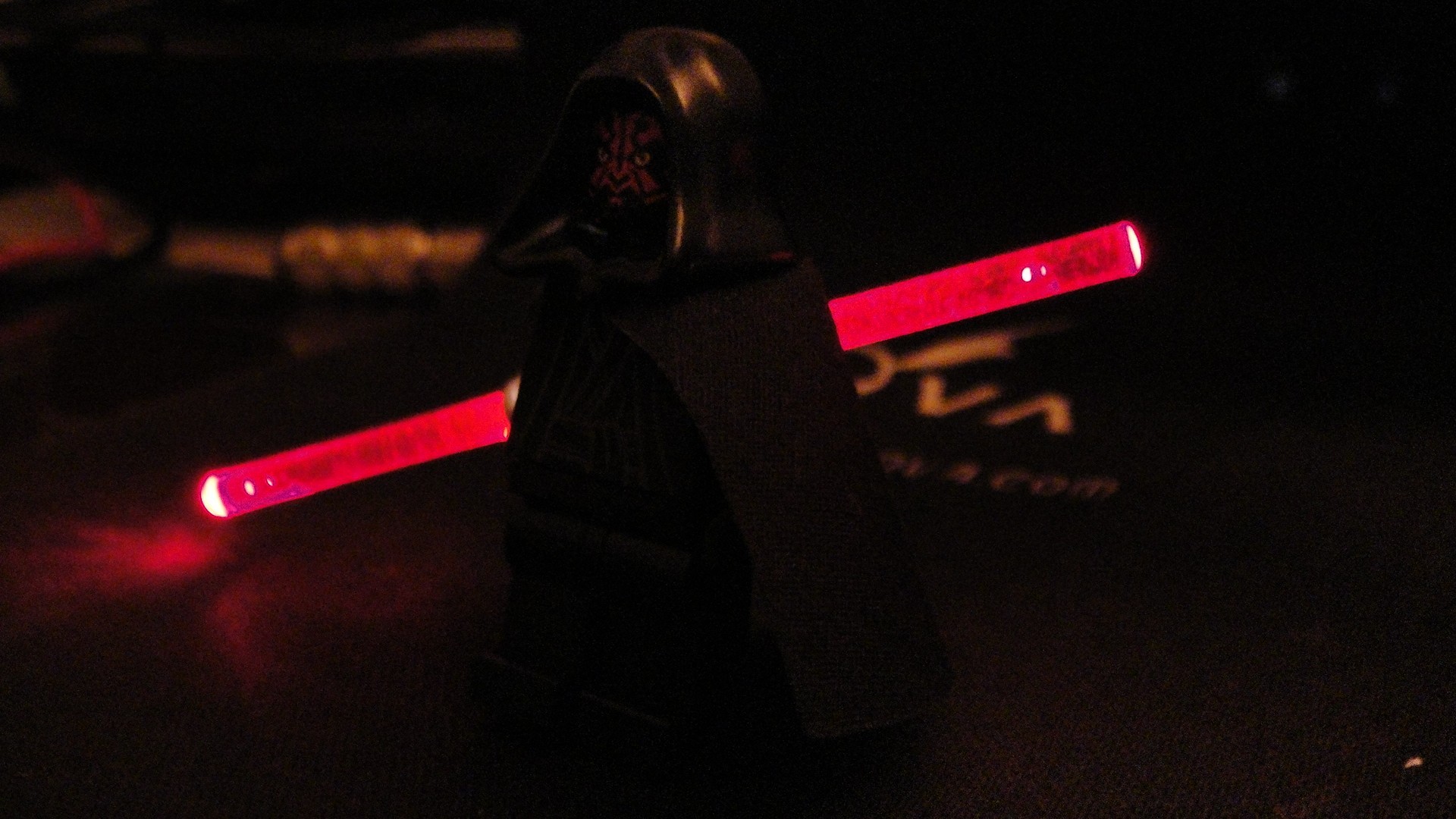 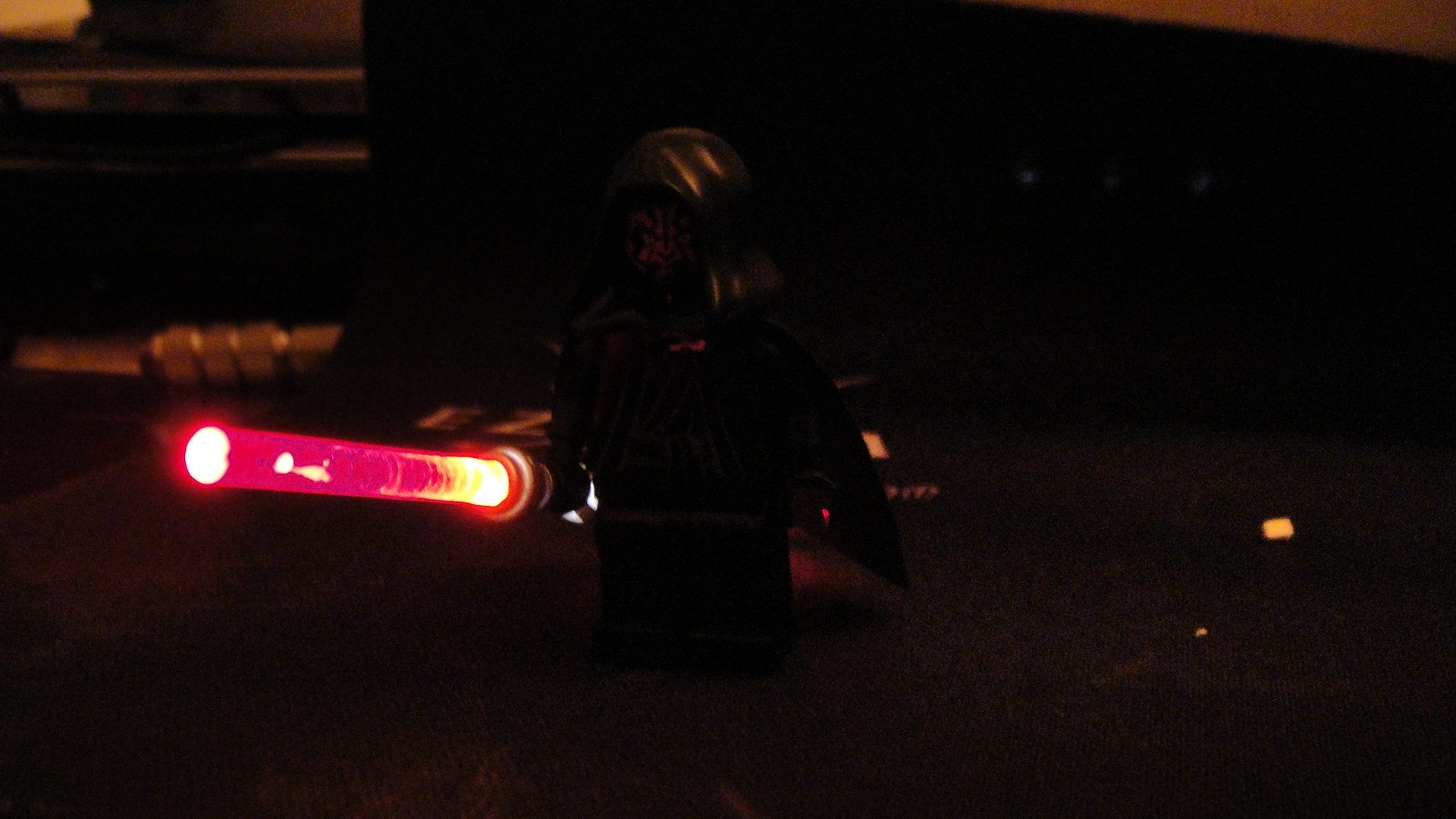 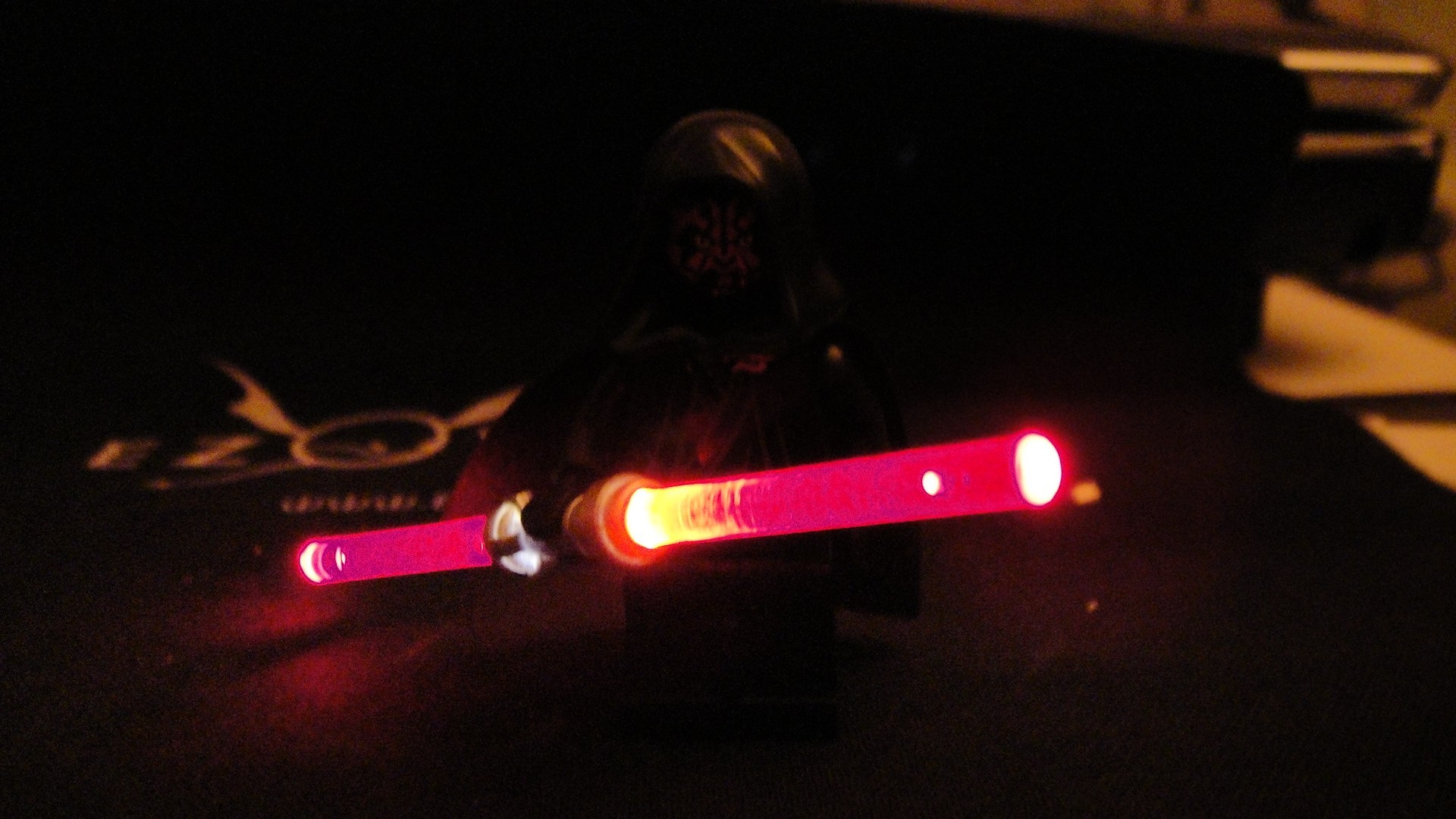 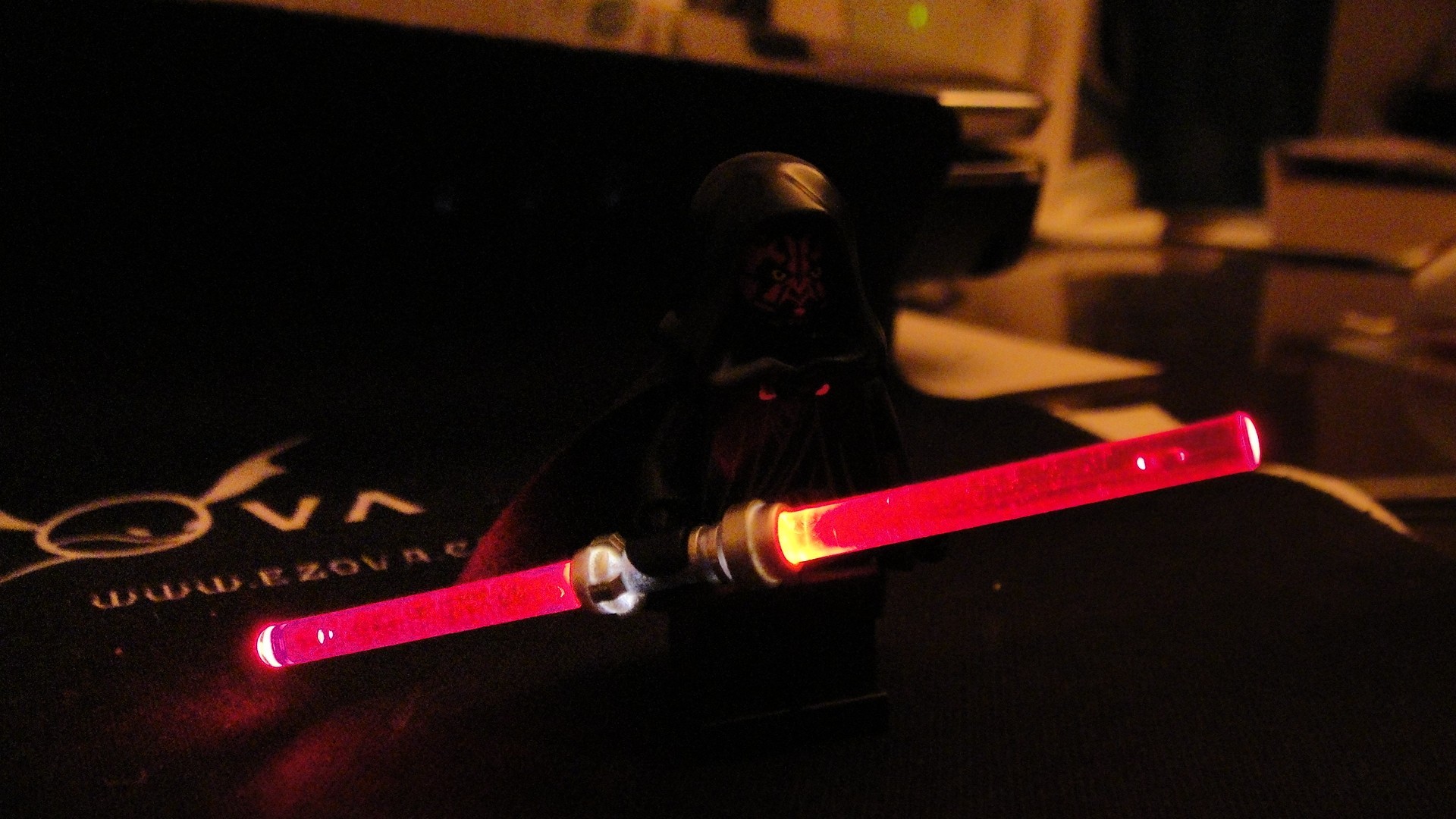 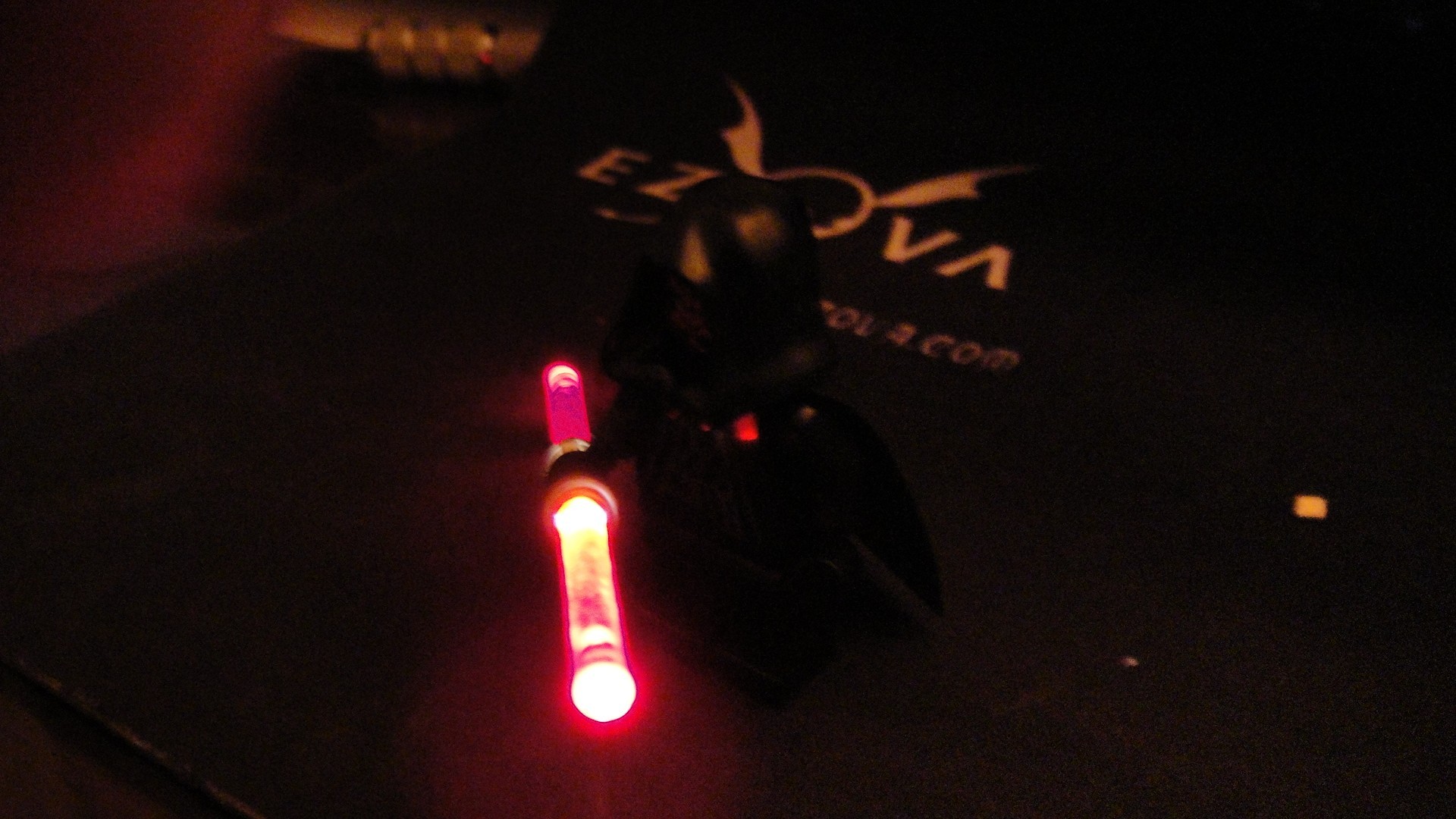 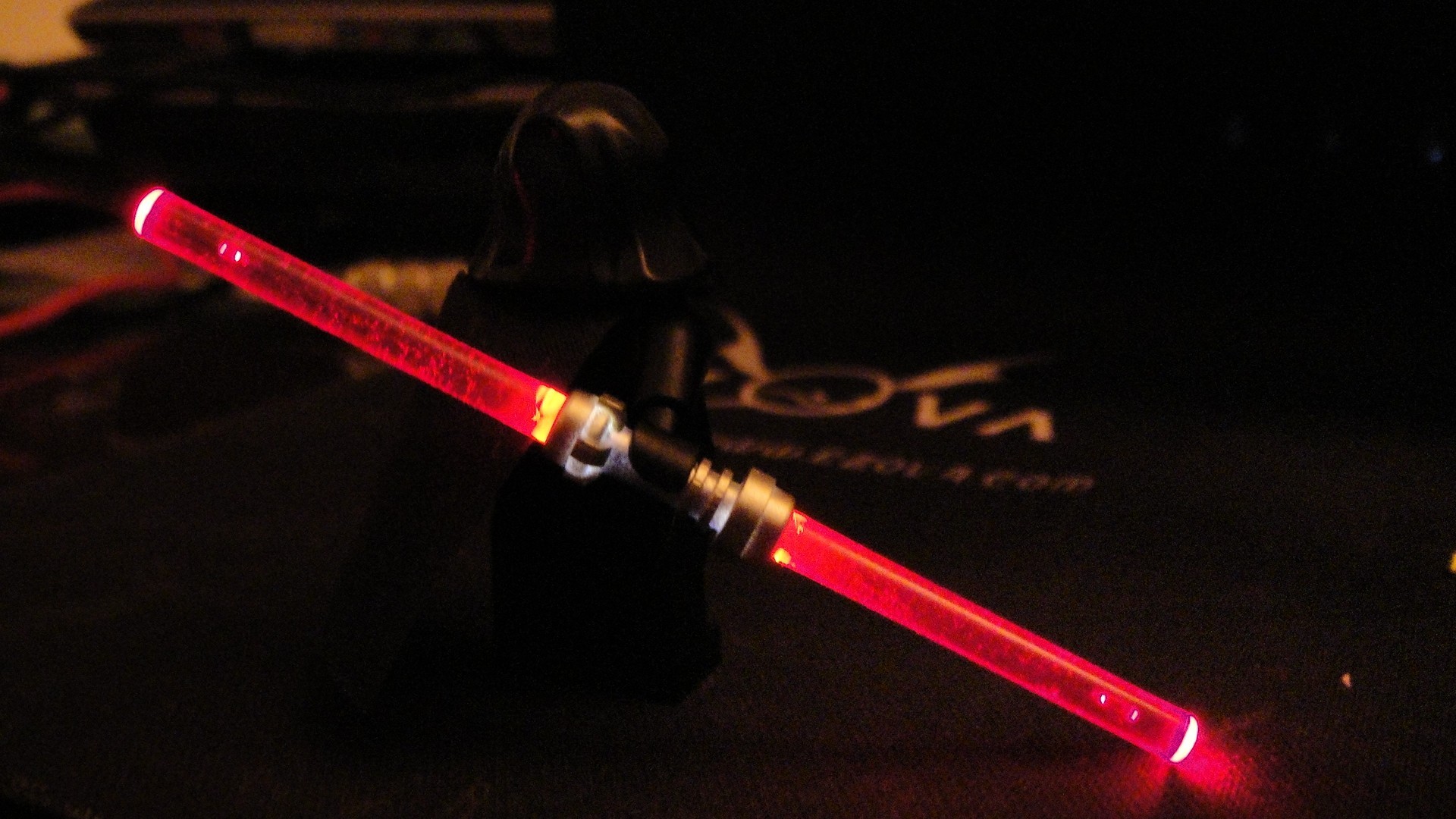 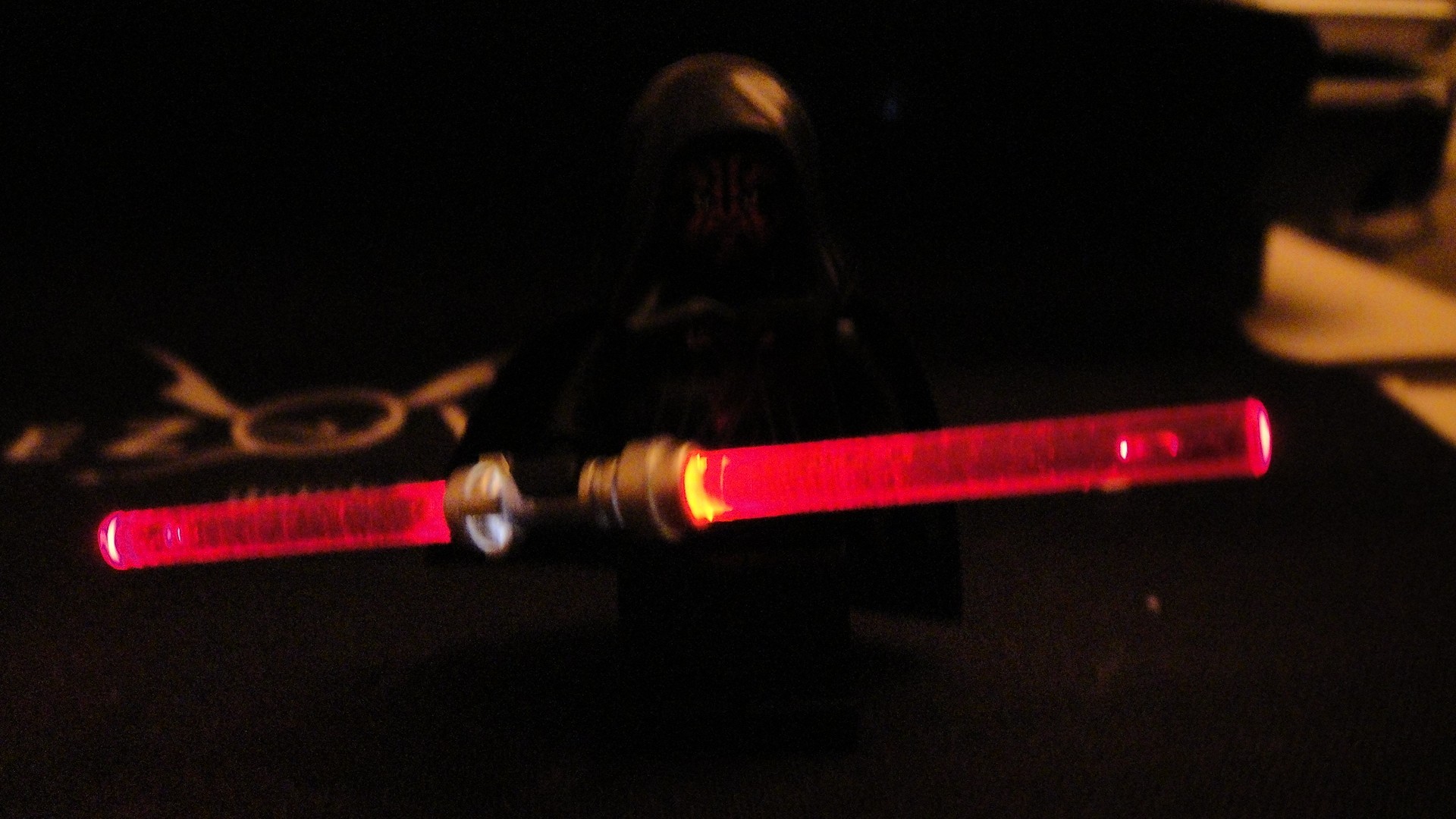 May the force be with you!!!