When I walked on the street, wondering how to kill my boredom, I saw people selling LED strips and other computer accessories. Aha, that could be a chance to decorate my computer case.

However, those LED strips were too bright for the case, even brighter than lamp. It would be wired if I put those strips in. 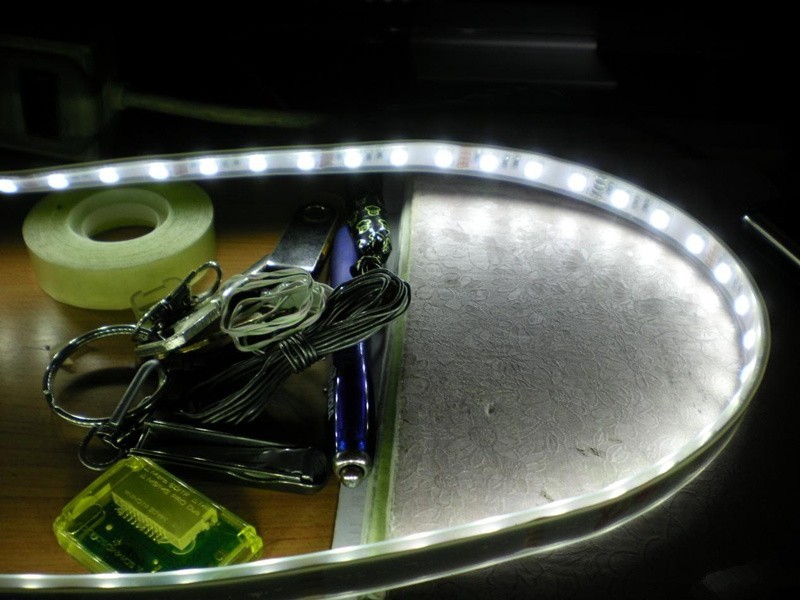 It was a 12V dc, so just plugging it into a power socket would be OK. 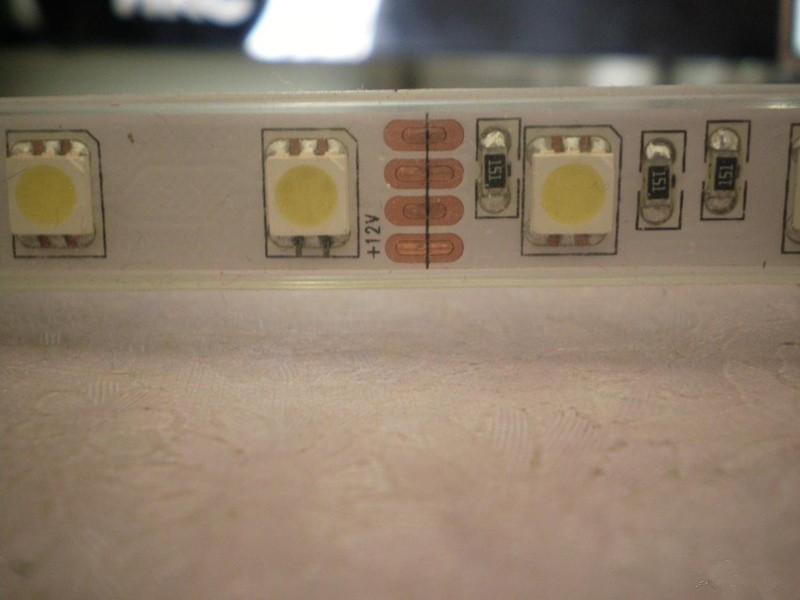 Suddenly, it occurred to me I could make a lamp out of what I already had: LED strips and fans. This could be a wonderful idea. 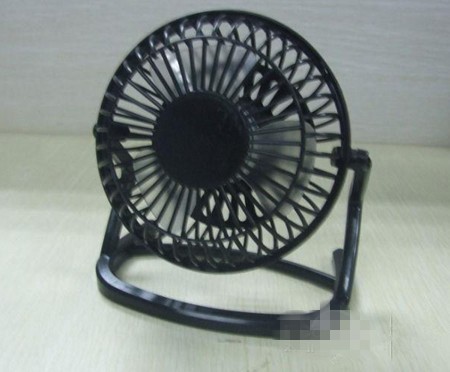 Switch wouldn’t be tricky. Make the green and black wire (of 24-pin power supply) into short circuit by connecting both with that gray one in the picture. Turn on the switch, and now you could see the power consumption was 5.5W which probably was the consumption capacitor and transformer cost inside power supply. 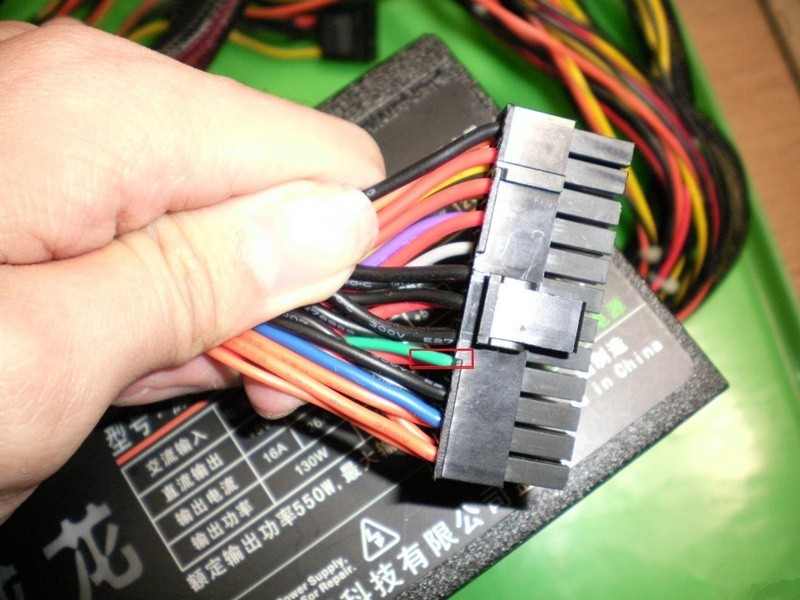 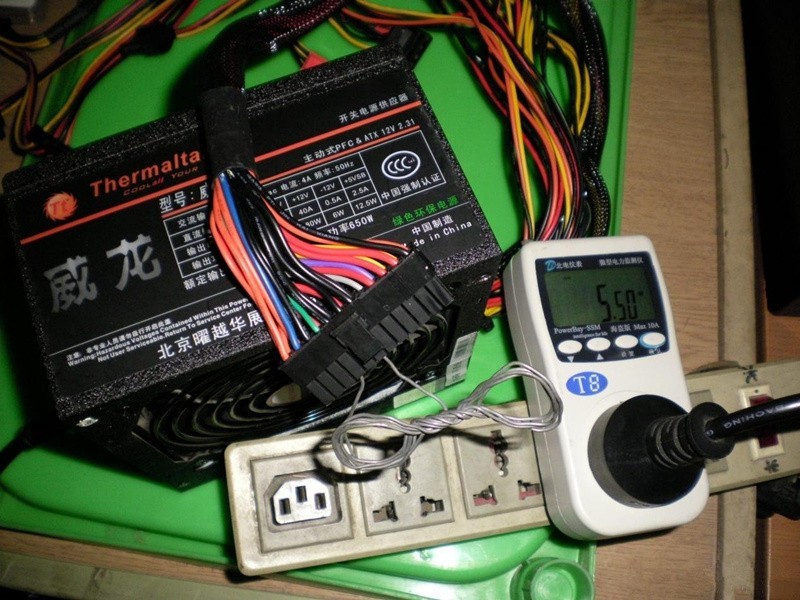 It showed 14.68W after connecting LED strips. The strips cost barely 9W, and it was much brighter than lamp. 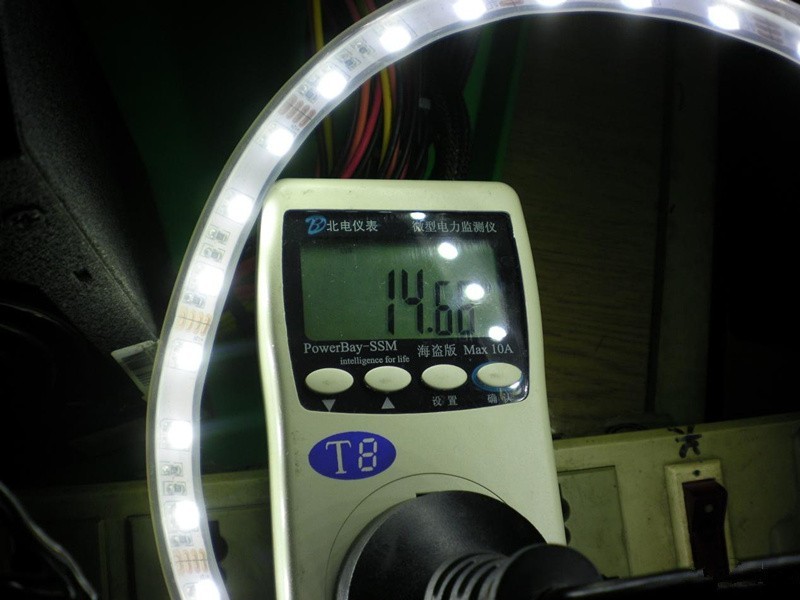 My 12V power supply would be OK with any kind of LED strips. 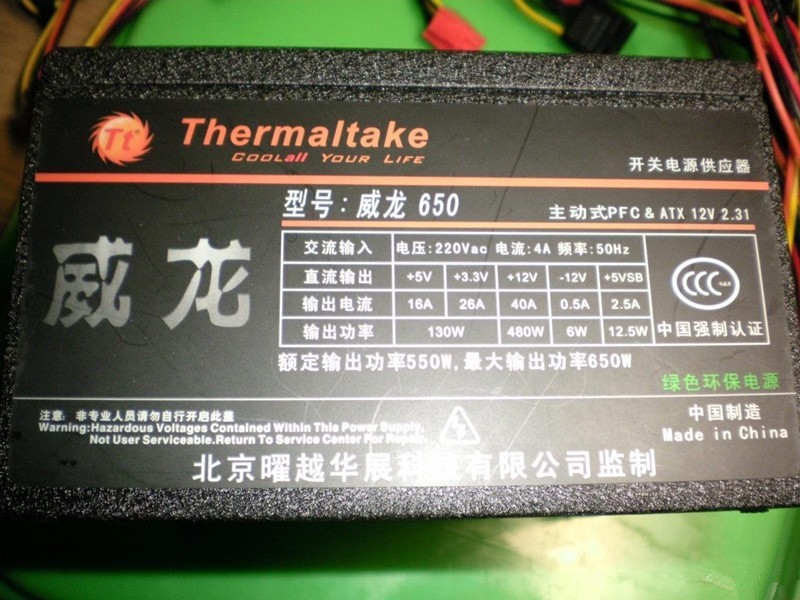 Given the long history of my old lamp, its consumption was a sort of reasonable. 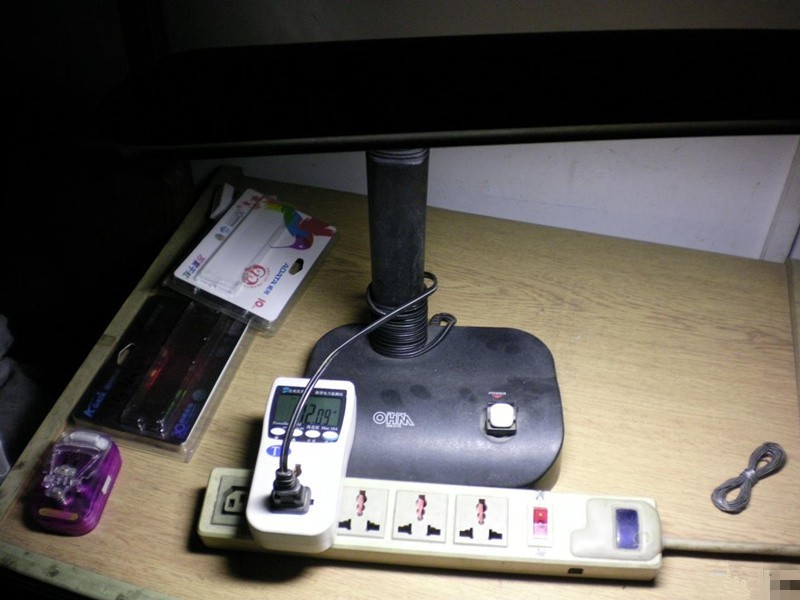 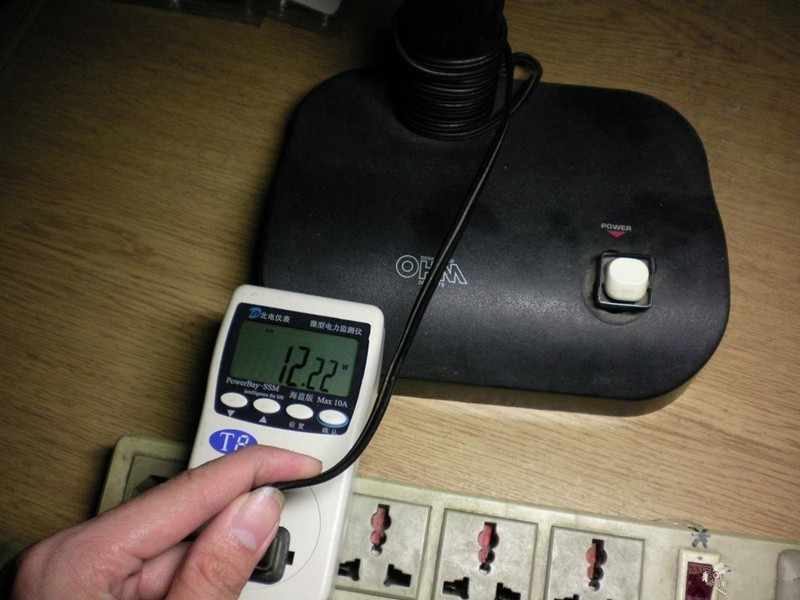 After connecting with fan, we could see the total consumption was 9.34W. With 5.5W as the battery consumption itself, the actual consumption of the fan and LED strips was 3.84W. I was quite satisfied with that. 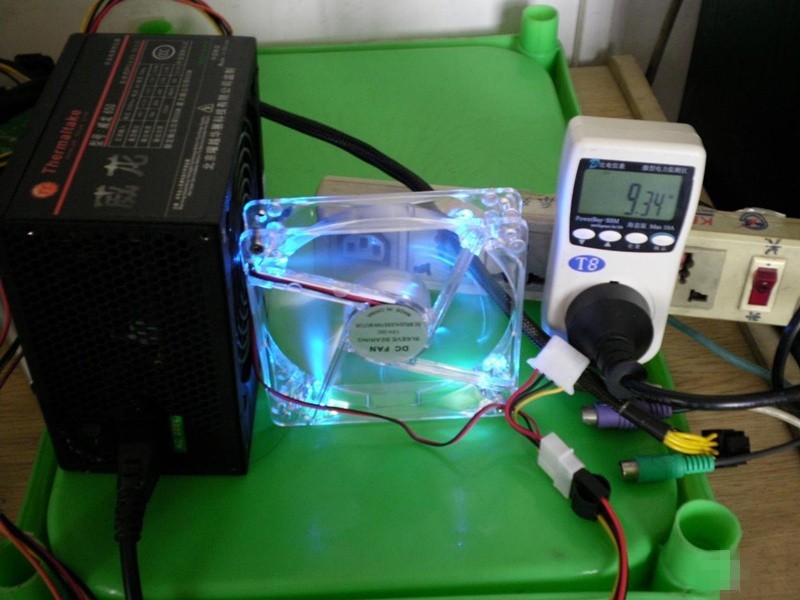 Though the original fan worked pretty well, almost in mute, it would not do a good job in this task. 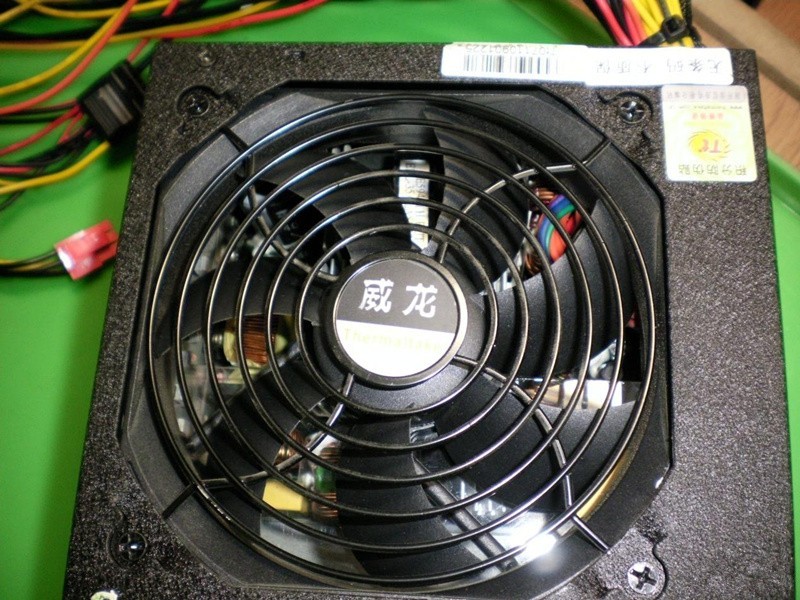 LED strips were connected with fan. 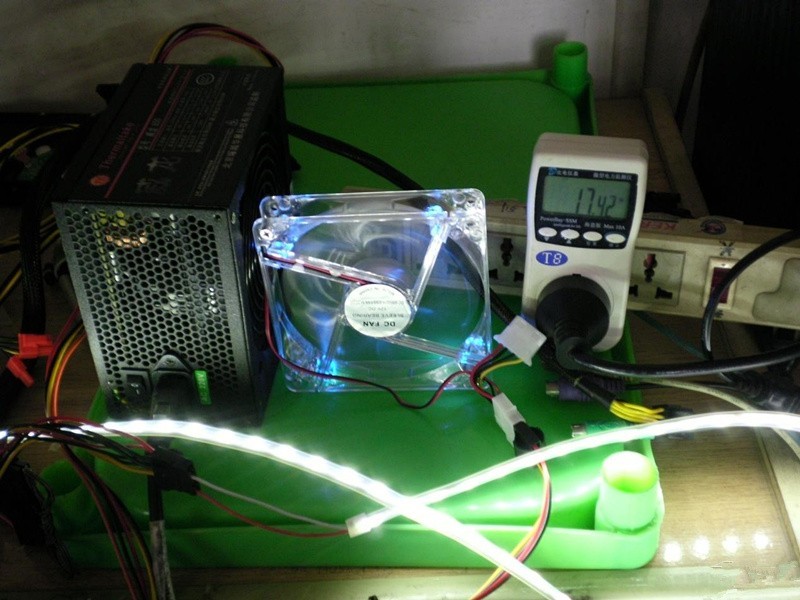 Comparing with my lamp, LED strip trumped! As you could see, those strips were much brighter than the lamp, but only cost 2W more than the former one. This would be a legend for the night owls who lived a life with computers. 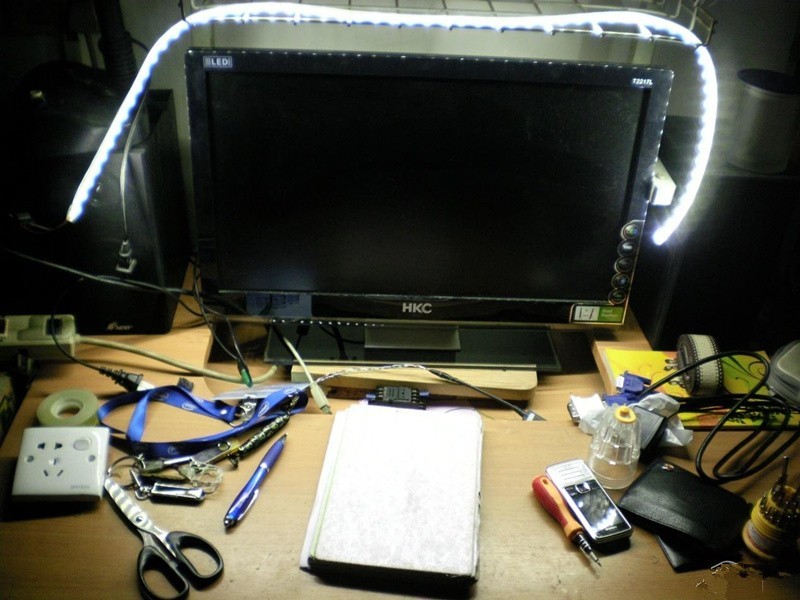