One of my friends, Jimmy, was a big fan of motorcycle upgrading. A few days ago, we went to a garage and it was a disaster. You could never imagine how much they ask for LED strips upgrading. It was like they were about to change the whole system. I pissed off, telling Jimmy I would do as well as the professional did, just give me 2 or 3 days.

I was major in Engineering back in college, and this was what I was good at. It took almost 1/10 of the garage man offered for all the material. There were 2 circuit diagrams. And soon I would let you know which one was better and why.

The only difference between 2 diagrams was “fuse” which I colored with yellow in the picture above.
There were 4 LED strips.

Cut circuit board into 4 pieces: 2 long, 2short. Engineering was my specialty, not mould. Sorry for those ugly shapes. 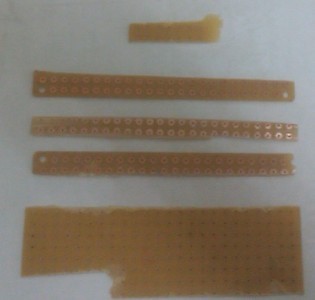 Weld positive electrodes of all 4 LED strips at one of the circuit boards, and negative ones at another one. We had very thin iron wire to make the connection. After the board welding at positive electrode, weld one more wire with it and colored red. Same steps for negative ones, only this time with one extra black wire.

Use the rest circuit board as part of the switch. The one I chose was like the control stick of video games. Only this one cannot play games. 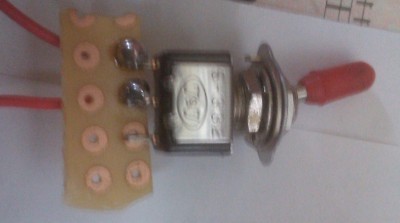 To prevent short circuit, it was best to wrap positive and negative electrodes respectively. 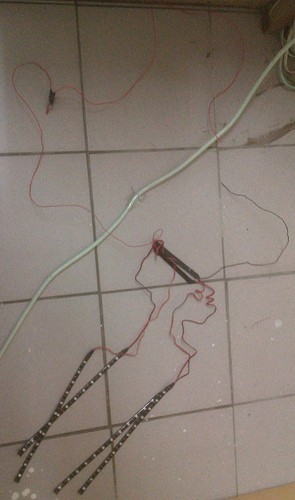 Let’s have a close-up view. See those 2 boards which were wrapped respectively? 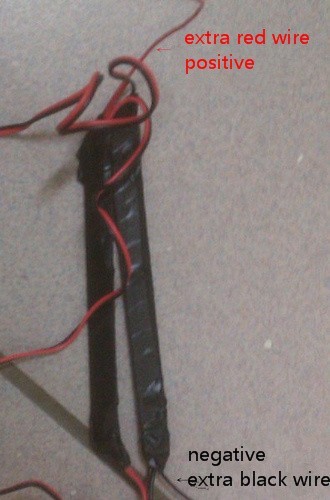 I preferred 2 switches which was much more convenient. This time, it connected with negative electrode. If you were not OK with this step, just ignore it.

Open headlight cover, put LED strips inside. As to exact place, you were the boss. Choose wherever you liked. 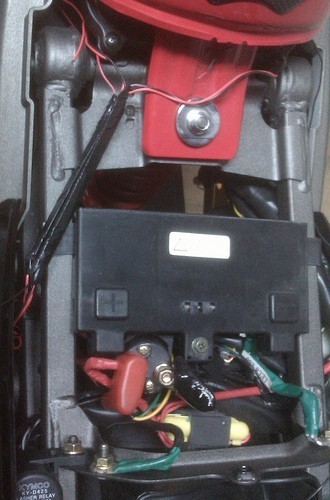 As the picture showed, you would see a screw when opening black plastic cover. After loosing off the screw, there was a gasket. Connect the black wire (from negative electrode) with the gasket, and tighten it up. Recover the screw. Connect the red wire (from positive electrode) with the gasket in the red cover. Make sure those two wires never get together. 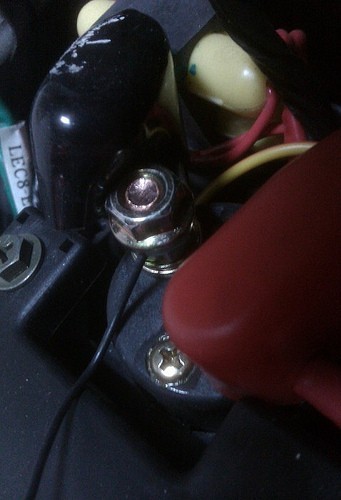 Fix LED strips with 3M sticker at back. 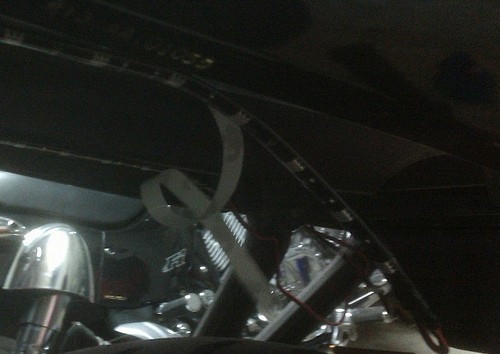 Fix switch at the place where near the motor head. 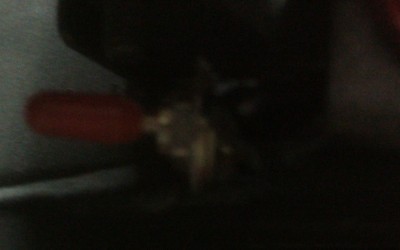 Fix 2 circuit boards and those wires. 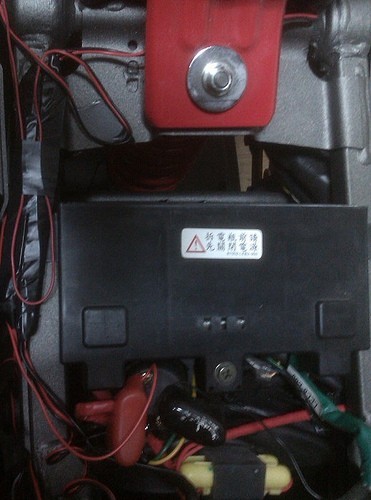 If you were like me, preferring 2 switches, you could put the other one at rear part. 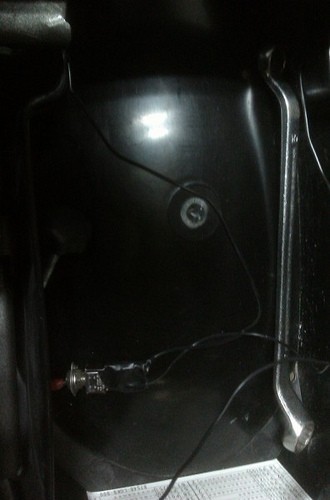 Put all the parts back to motorcycle. Turn on the switch and you would see how fascinating it was.
And till now, all the work had been done, if you followed diagram 1. 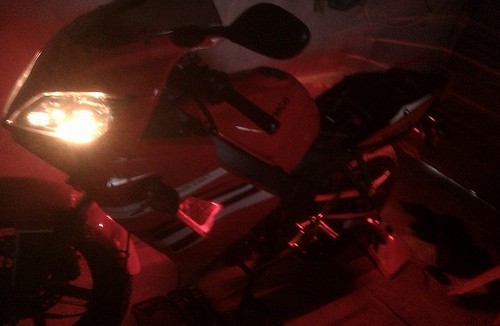 Cut black wire in trunk and then connect it with fuse. Usually, one piece of fuse would be OK. But I preferred to have back up. 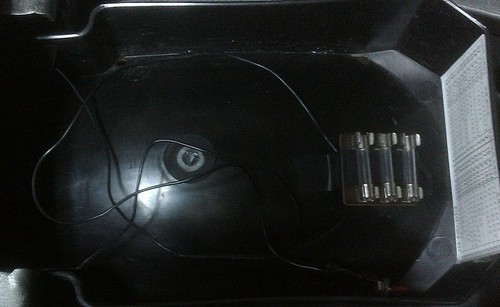 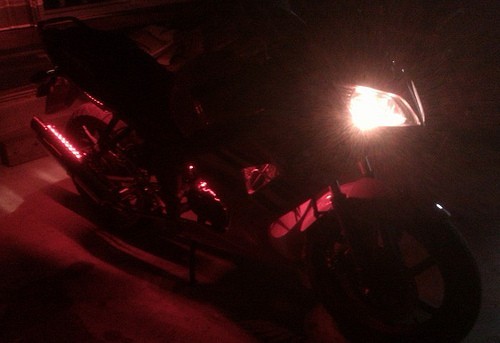 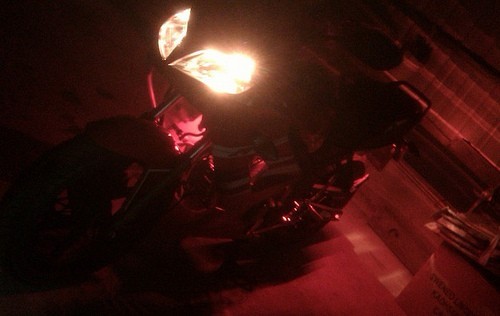 The reason why I preferred diagram 2 was that fuse would be the first to break if LED strips went short circuit. It also wouldn’t be a problem if you still chose diagram 1, because storage battery itself had fuse inside.

Those LED strips worked for about a couple of days and they still performed well. My parents once told me, my motorcycle turned into a dragon because of those lights. And Jimmy made a appointment as soon as he saw the “dragon”.

There was one more thing, copper sheet would be better for battery connecting.